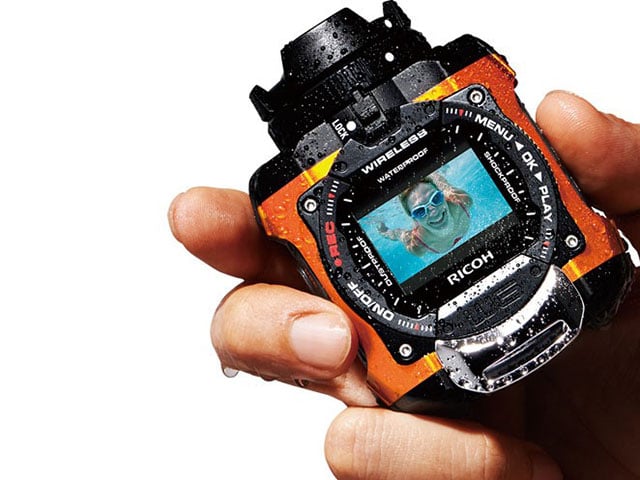 Ricoh has announced its new WG-M1 action camera, a contender in a booming market currently dominated by GoPro. While the company isn’t new to making rugged cameras geared at outdoorsy types, the WG-M1 brings a new GoPro-style form factor to the WG line that had previous just contained weatherproof compact cameras (e.g. the WG-4 and the WG-20). 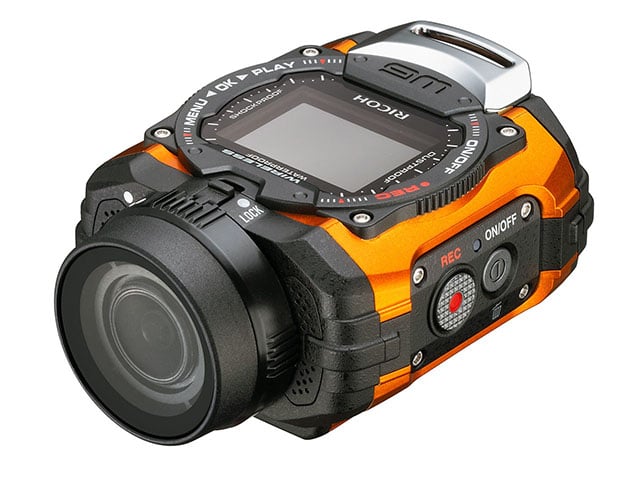 The M1 packs a 14-megapixel CMOS sensor, an f/2.8 160-degree field-of-view wide-angle lens, 10FPS still shooting speeds, and a 1.5-inch LCD screen on top. Large controls on the body make it easier for owners to operate the camera while in harsh environments. 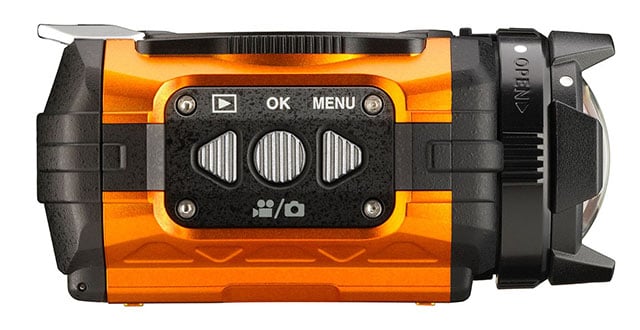 In terms of its durability, the camera is waterproof to 10 meters (~32.8 feet), dustproof, shockproof when dropped from heights of up to 2m (~6.5ft), and coldproof down to -10°C (14°F). And, unlike other action cameras on the market, the WG-M1 doesn’t require a special housing in order to have this ruggedness. 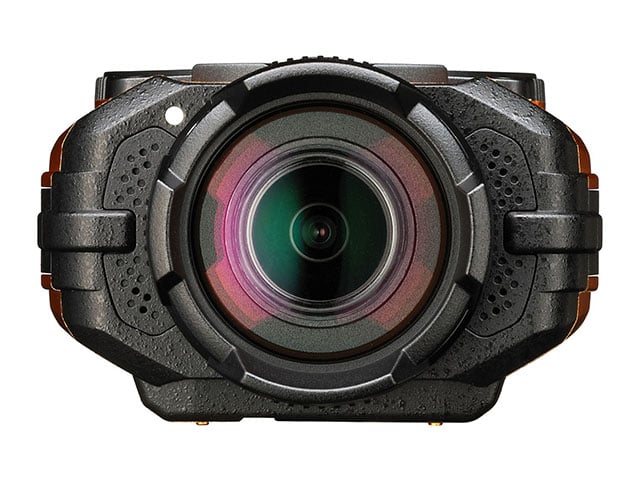 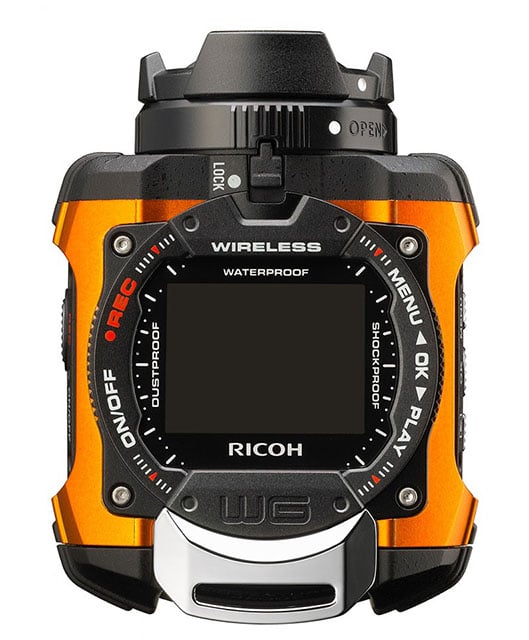 Other features of the camera include high-quality stereo sound recording, built-in Wi-Fi and 1080 (h.264) HD video recording at 30FPS.

The WG-M1 will be available starting in October 2014 in black or orange at a cost of $300 alongside a bevy of accessories (e.g. grips, straps, and mounts).

If You Just Bought a D810, Check the Box for a Blue Dot to Make Sure the ‘Bright Spots’ Issue is Fixed

Humor: An Illustrated Guide on How (Not) to Make a Photo Book