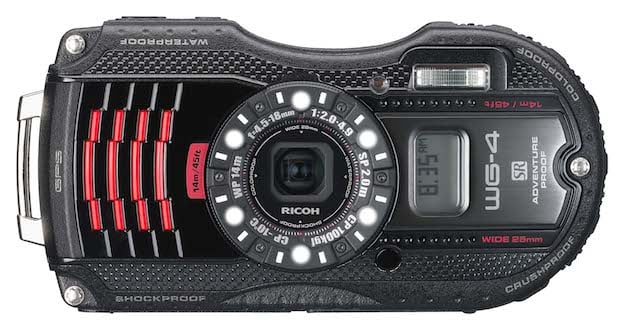 It’s February, which means Ricoh is right on schedule when it comes to introducing the new ‘rugged’ cameras in the Pentax WG line… except they’re not called Pentax anymore. For the first time since acquiring the brand, Ricoh has dropped the Pentax name from these cameras entirely by introducing the updated Ricoh WG-4, WG-4 GPS and WG-20.

Truth be told, other than the re-badge, there’s not all that much difference between these models and the WG-3/WG-3 GPS and WG-10 announced last year, but we’ll go ahead and go over the specs for those interested in adding a tough camera to their collection.

Obviously, other than GPS functionality and the front facing LCD/higher price that this functionality entails, the two WG-4 models are identical.

The camera sports the same 1/2.3-inch 16-megapixel BSI CMOS sensor (with sensor-shift stabilization), 4x optical zoom (25-100mm equivalent) lens and ‘tough specs’ — dustproof, waterproof to 45 feet, shockproof from 6.6 feet, freezeproof down to 14°F and crushproof up to 220 foot-pounds of force — as the WG-3 before it.

The main differences come in the form of new colors, user-programmable and shutter priority modes and new mounting options that help the camera keep pace with true action cams like the GoPro. Here’s a closer look at the camera: 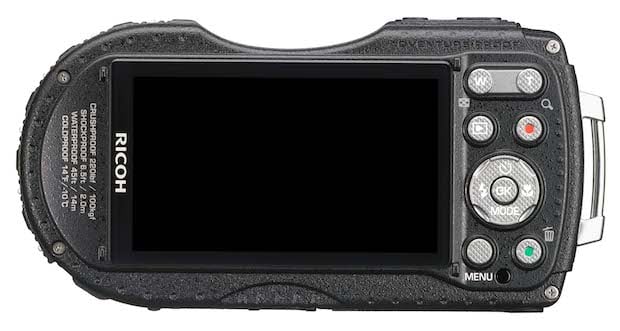 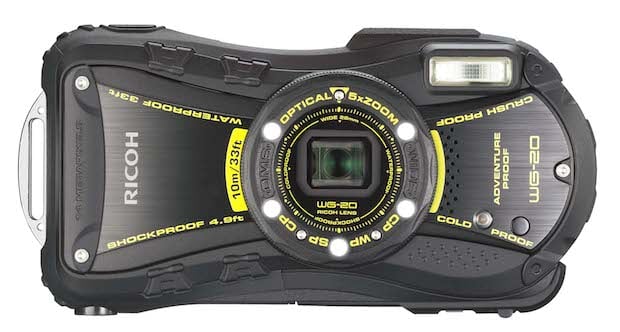 Like the WG-10 before it, the WG-20 is what might be called the ‘budget tough cam’ in the lineup. Specs are less impressive but, then again, the price is a lot nicer too.

Here are a few more pictures of the WG-20 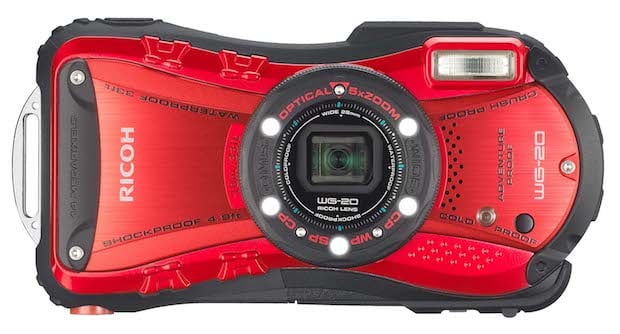 You can already pre-order the WG-4 by following the provided links (we’ll update with the links for the WG-20 just as soon as they go up), and if you want to learn more, just head over to Ricoh’s press room by clicking here.

Fresh Details About the Nikon D4s Surface on the Rumor Mill

Have Camera, Will Travel: Fifty Awesome Photo Workshops Around the World