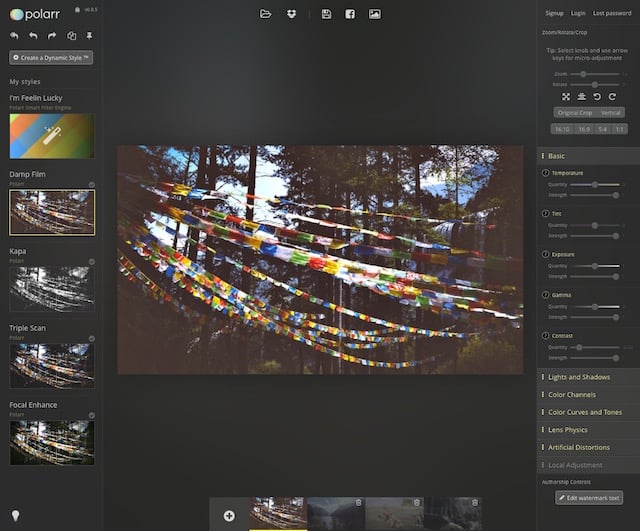 As cloud-based storage options expand in size and numbers, the battle for browser-based photo editors is equally under way. One of the newest and most impressive to the game is Polarr. It’s currently available to use as an open beta and features a number of advance tools and resources for making sure you can efficiently edit your images from within the browser.

Built around a number of advancing web standards, notably HTML5 and WebGL, Polarr works in any modern browser, but its developers suggest using Chrome due to its quick adoption of new standards and the fact that you can download Polarr as an app for Chrome. One of the key components that separates Polarr from some of its competitors is the use of an “intelligent processing engine.” This engine is effectively an AI that learns how you prefer to edit your images and presents a number of more automated options to speed up your workflow.

As for the images you’ll be working with, right now it’s limited to only JPEGS and PNGs, both of which can be up to 30 megapixels in size. To import the images into Polarr, you can either drag-and-drop files into your browser or import images from your Dropbox folder once you’ve synced your Dropbox account with Polarr. 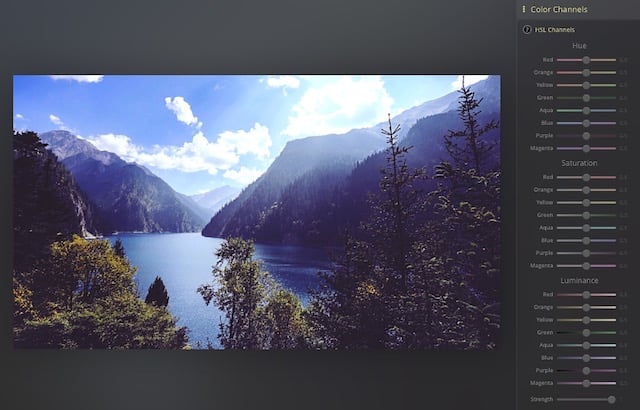 As with most photo editors, browser-based or native application, when multiple photos are being edited, you’re presented with a thumbnail view of all of the images present. Above those, you’ll be shown a full-size preview of the image you’re currently working on, which will show the changes live as you make them.

In regards to the changes made to the images, one of the more interesting features is the ability to create ‘Dynamic Styles.’ These are essentially smart presets that you can create and save under a chosen pseudonym. But, rather than simply applying the preset to make every image have the exact same settings, these Dynamic Styles are intelligently applied to photos depending on the image itself. The developers of Polarr note this is a very experimental feature that they’re currently working on, but one that they hope to further refine. As more people use the feature, more understanding can be added to the calculations that go into making these intelligent presets.

The company behind Polarr expects the public beta to continue for another month or so before it’s officially launched to the public. But, if you’re a rebel and want to give it a shot now, the team is more than happy to see you giving Polarr a shot.

Head on over to Polarr’s website to get started and let us know your thoughts. To keep up with the Polarr team, you can head on over to their Tumblr blog and give them a follow.

Humor: An Illustrated Guide on How (Not) to Make a Photo Book

This is What the Canon 7D Mark II Will Look Like