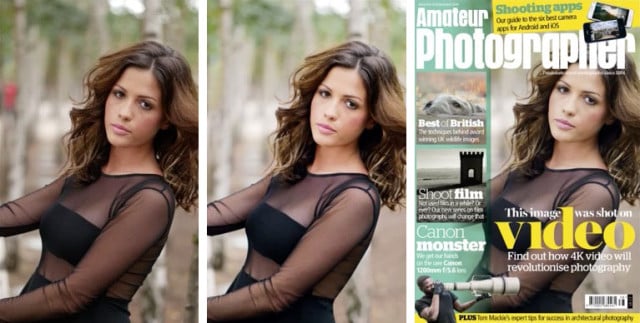 In a recent experiment, the Amateur Photographer team decided that the September 20th issue of their magazine would feature a cover that uses a still image extracted from video shot at 4K.

With the small-but-impressive Panasonic Lumix GH4 in hand, they found a model and started shooting. 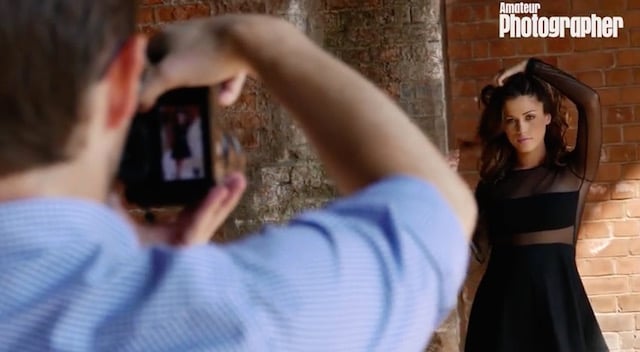 As the 1.5-minute clip below shows, they arranged the shoot to take place in a number of environments, from a fairly busy walkway to a studio. Using the GH4 in portrait orientation, the photographer (or videographer?) captured the model as she ran through her natural progression of poses.

Eventually, the video pauses on a still from the shoot, briefly shows what edits were made, then overlays the magazine’s cover text. The result is a rather impressive magazine cover that was created from video rather than single-frame still photography.

Amateur Photographer states “this is, to our knowledge, the first photographic magazine cover of its kind ever to be published.” And after only an admittedly quick search across the web, the claim seems to hold up.

Inside the magazine, Amateur Photographer runs through the process in more detail. As a verdict, they write,

If the format is capable of producing images that we’re happy to use to sell the magazine on a news-stand, we think photographers should take notice.

Many AP readers are ambivalent about video, so the idea of 4K video modes being the Next Big Thing to appear on DSLRs and CSCs is probably less than thrilling, but this week we show why you should think again.

So, open-minded or not, it was a great little experiment that shows what the future has in store for photography and videography. To see the magazine for yourself, you can pick up a digital copy through a number of outlets or a physical copy at your local bookstore/retailer.