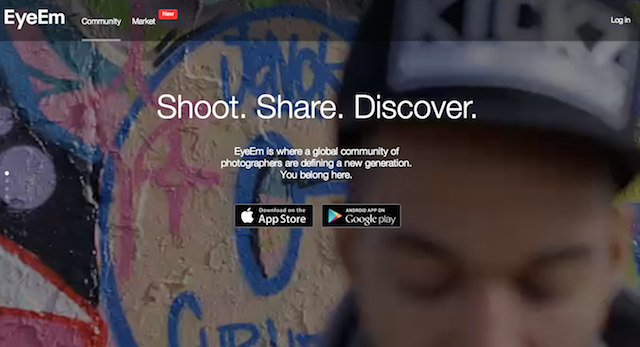 Photo-sharing platform EyeEm has officially inked a deal with The Huffington Post that will allow the AOL-owned publisher to use EyeEm’s growing archives to find relevant imagery for its content.

The ideology behind this seems to be for EyeEm to provide a resource for publishers to browse through and choose imagery in a more streamlined fashion. In essence, the goal is for this new method of searching for media to fall somewhere in-between Flickr’s Commons and paid agencies such as Getty — which is particularly interesting considering EyeEm’s recent partnership with Getty Images.

In a post on the company’s blog, EyeEm announced the partnership and explained the purpose behind it:

We both want to give a new generation of photographers, you, a global audience. Since photography is such an important part of storytelling, The Huffington Post will be featuring some of your photography along with their best articles and stories from all over the globe. You’ll be attributed with a link back to your EyeEm profile, so that people from all over the world can follow you.

Of course, this is the bane of many photographers’ existence: allowing a major publication to use an image for nothing more than attribution/exposure, but neither EyeEm or HuffPo are forcing anybody to participate. Photographers who want to submit photos for consideration can; those who don’t need not apply.

As TechCrunch notes, EyeEm’s recent acquisition of Sight.io, a startup aimed at improving photo search and discovery through a clever AI, could prove vital to publishers. This would give them a much more efficient way to sort through photographs for their content, placing a priority on quality images from respected contributors in the community.

The future of this new methodology for providing attributed media is up in the air, but the options are vast. And whether or not we as photographers like it, it seems like crowd-sourced photography is going to be a major contributor to the publications of tomorrow.

35mm or 50mm: Deciding On Your First Prime