Unfortunately, it’s not uncommon to hear about fauxtographers stealing other photographers work and passing it off as their own. Heck, there’s an entire website dedicated to shaming the scam artists who do this. But despite the distinct possibility that you’ll be caught and have your career destroyed if you do this, it continues to happen.

Case in point is a recent situation involving Lin and Jirsa Photography and the tale of how their images were stolen and used by an unnamed photographer to entice new wedding clients with work that wasn’t his own. 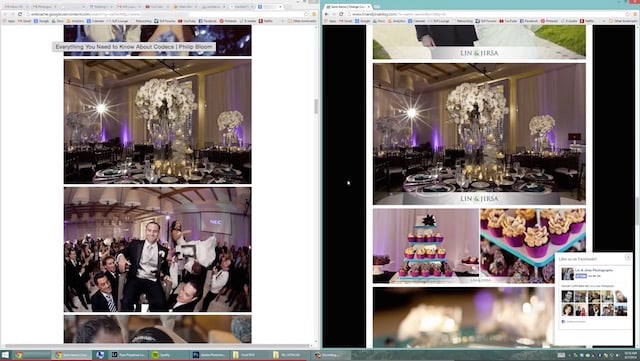 As the video above explains, Shawn and Amrita hired what they believed to be a respected photographer with a healthy portfolio of work. It wasn’t until after the photographer captured their wedding and returned subpar work that they began to question his authenticity.

Not long into their pseudo-investigation, the couple realized that they had been had. The photographer who had photographed their wedding had stolen a number of images from Lin and Jirsa Photography and played them off as his/her own.

To say they were disappointed is an understatement, considering Shawn and Amrita spent “a couple thousand dollars” on this photographer whose images just weren’t on par with what they thought they were getting. But thankfully, the story doesn’t end there. There is at least somewhat of a happy ending.

After hearing what had happened to Shawn and Amrita, Pye of Lin and Jirsa Photography decided to take them out on a complimentary shoot and give them at least a few photographs whose aesthetic they had originally hoped to receive.

At the risk of sounding click-bait-y… faith in humanity restored.