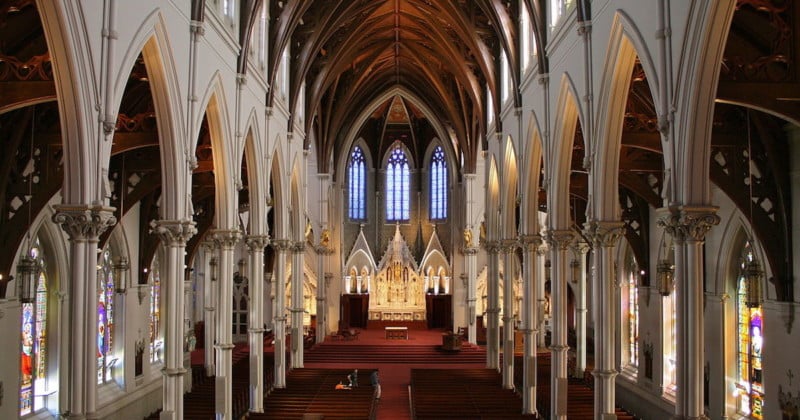 While shooting only her second wedding, Boston-based photographer Alyssa Stone experienced every photographer’s nightmare. Someone had stolen her gear out of a church pew, and she found herself camera-less just as the couple was about to tie the knot.

Stone shared the horrifying story with Fox 25 Boston, reliving the pit in her stomach when she realized what happened, and expressing her disbelief that someone would actually steal someone’s livelihood … out of a church pew … during communion!

Stone—whose stolen backpack contained some $4,000 in gear including memory cards, chargers, prime lenses, reflectors and more—summed up her feelings for the situation well when she told Fox 25, “How do you go in and steal someone’s livelihood during communion? I want to punch somebody!”

Fortunately the couple has no reason to fret. Since stone was the second photographer taking pictures at their wedding, they’re still getting photos.

Of course, that doesn’t change the fact that Stone is out a few thousand in gear. So if you want help Alyssa restore her faith in humanity, she’s set up a GoFundMe and the photojournalism community has really rallied around her. Click here to read the full story from Alyssa herself, or if you’d like to help her reach her goal.