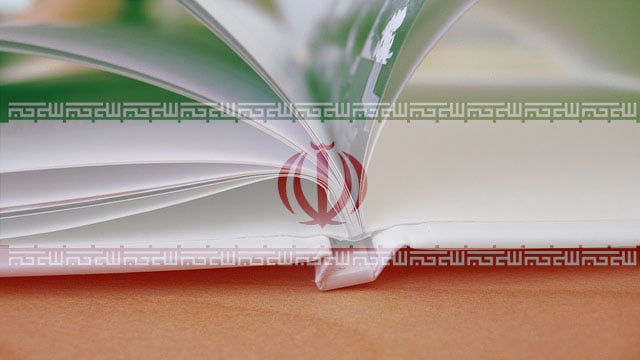 Do you have dreams of being an outspoken reviewer of photography books? Certain provinces of Iran might not be the best place for you to launch that career. A pair of Iran photographers were recently sentenced to a total of 75 lashes for publishing negative reviews about an official’s photography book.

The Guardian reports that the dispute started when photographer Khalil Imami wrote a scathing review of the book, “Qazvin, the Land of Times Past,” in a weekly publication titled Taban. He argued that the 216-page book had “little artistic value,” and that the 230 photos contained within were marred by various issues (e.g. poor lighting, bad framing, and distortions).

It turns out the man behind the photo book was Mohammad-Ali Hazrati, the head of the local cultural heritage organization in the Qazvin province and cultural advisor to the governor. Hazrati responded to Imami’s review by writing a response in the publication under a pseudonym.

In response, Hazrati took the photographers to the provincial court, which found them guilty of insulting Hazrati. One was sentenced to 25 lashes, and the other received 50 — all for the crime of pointing out some inept camerawork.

Image credits: Photo illustration based on photo by Jakob Montrasio

Report: Nikon’s New Sports-Focused Full-Frame Will be Called the D750