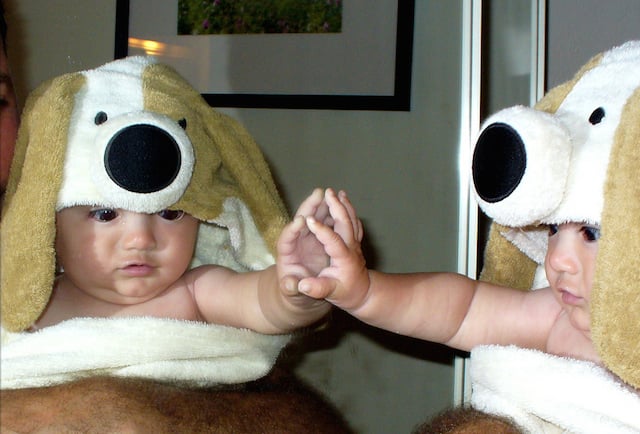 Remember the “Dove Real Beauty Sketches” advertisement? It was the ad that brought in various women, and then had those women and a stranger they had just met describe them to a forensic artists. This, in the end, showed the original participants that they were far more beautiful than they saw themselves.

It was an admirable advertisement that went viral, but according to a series of studies performed last year by psychological researchers Nicholas Epley of the University of Chicago and Erin Whitchurch of the University of Virginia, the Dove campaign might just have it backwards. In other words: they found that we actually think we’re MORE attractive than we really are.

Believed to be caused in part by the idea that we view ourselves in a more forgiving light, the study claims that we see a “retouched” version staring out at us from the mirror; something akin to how we may look after a little tweaking in Photoshop.

It was a three-fold study which, at its most basic level, sought to determine how individuals viewed their own image, as well as how they viewed others. In the end, according to Scientific American, the researchers’ hypothesis was proven, with participants overestimating how attractive they were and judging others as less attractive.

The findings seen to agree with what’s called “self-enhancement,” a common psychological phenomenon wherein we tend to be more optimistic about our various traits (physical or otherwise) in an effort to maintain more positive self-esteem.

So, whether it’s a selfie taken with friends, a senior picture you have in a photo album, or an image of someone else you see on Facebook, what you see in those pictures might actually have a bit of ‘in-brain’ Photoshop already applied.

To dive deeper into the research and find out more about these studies, head on over to Scientific American and give the full article a read.

Beauty and Symmetry Collide in Stunning Photographs of Mosque Architecture