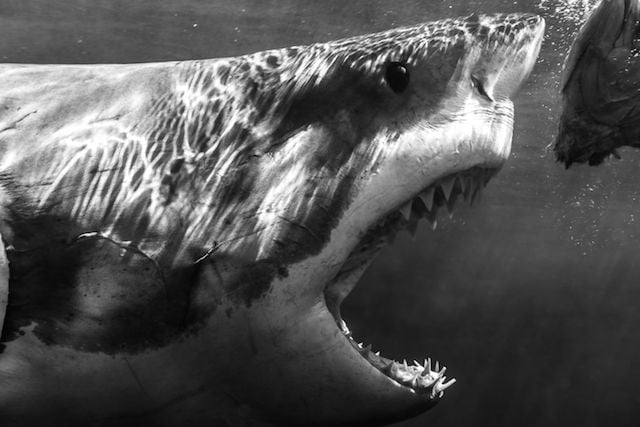 We’re only mid-way through Shark Week. So, to honor these seven days dedicated to the immaculate creature we all love – and some fear – we have for you an incredible image captured by Seattle-based photographer Todd Bretl.

The photograph was taken down in Guadalupe Island, Mexico. After a week of shooting almost all of his dives with a wide-angle lens, Bretl decided to pop on his 105mm lens, despite others on the boat looking on “like [he’d] gone a bit stupid.”

With the 105mm lens attached to his Nikon D800, safely located inside of his Nauticam housing, he hopped into the water. Originally, his plan was to capture a close-up of a sharks eye, using the macro capabilities of the 105mm lens, but in the words of Bretl himself, “you never truly know what you’re going to get.” 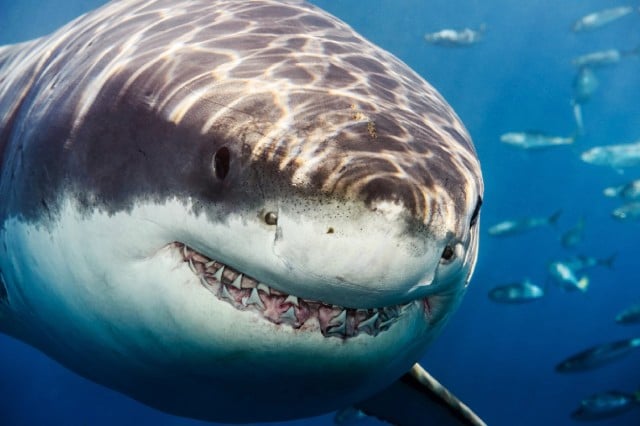 Brett says it was part being in the right spot at the right time, along with a healthy dose of luck that let him capture this image. As for the post-production of the shot, Bretl told us a simple black and white conversion with the addition of some minor detail and exposure tweaks is all it took to get him to the final product.

Of course, as incredible as the shot is, it’s equally terrifying. In the words of Reddit user bipolar_sky_fairy:

Like an underwater locomotive with a mouth full of butcher knives.

Image credits: Photograph by Todd Bretl and used with permission

Pro Tip: Some Airlines Have a Special Luggage Allowance for Media So You Can Pack More Gear