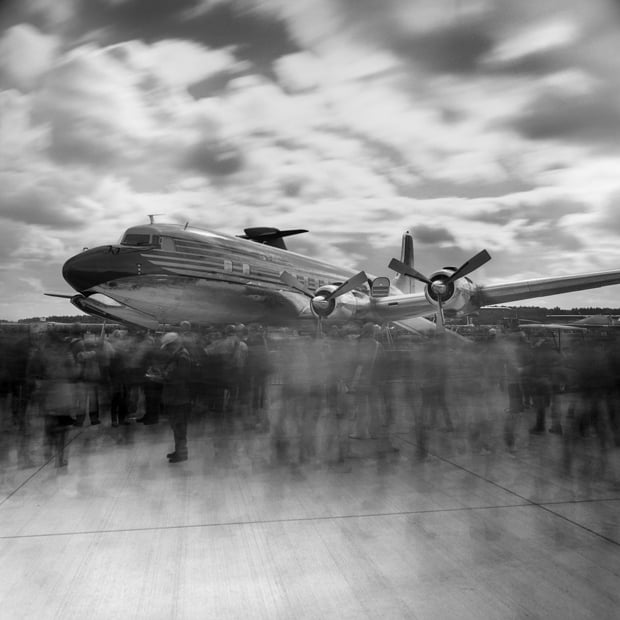 Frank Machalowski is an award-winning German photographer, who lives and work in Berlin. After studying economic studies in Berlin and applying himself to various trades he works today as a freelance photographer and artist. 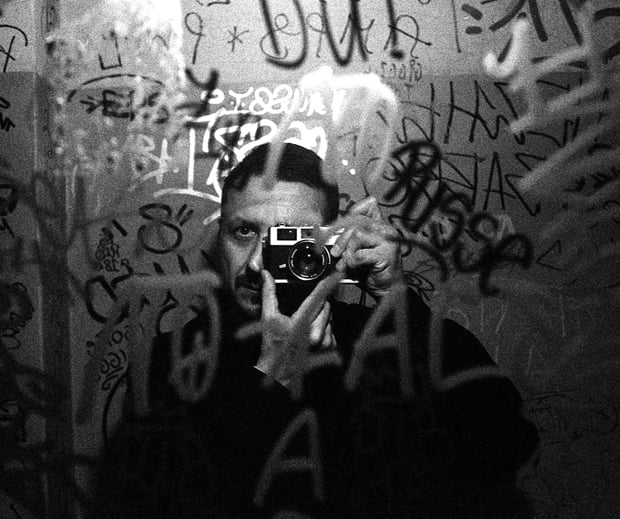 PetaPixel: Tell us about your project, Monster. What inspired you to make it?

Frank Machalowski: I grew up in Berlin, a city that never sleeps like many metropolitan cities in Europe and around the world. Here are many festivals, concerts, demos, sports events and tourist crowds. All these events attract many people.

Sometimes I’m fascinated by these masses, but in some cases it is repulsive for me. Every characteristic of individuality disappears in a mass of people. So I looked to capture that feeling in a photographic project. I started this series in 2012. 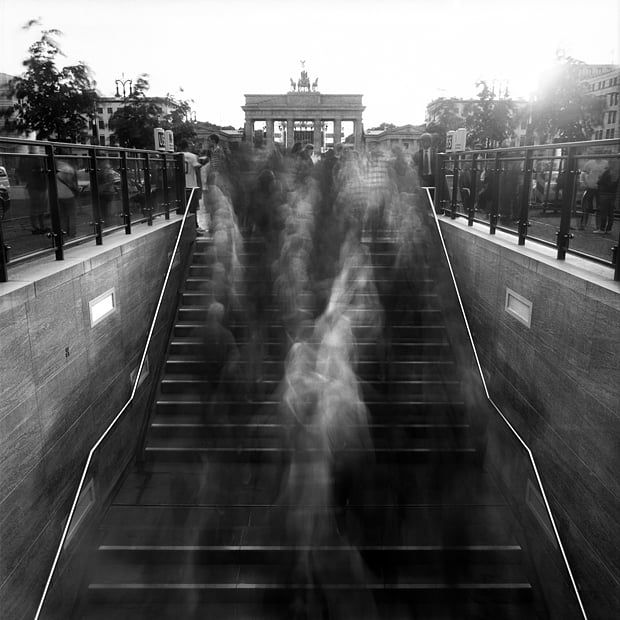 PP: It’s interesting how this series depicts the movement and busyness of city-life. Talk about the process of making these images, and what did you look for when deciding on a scene to photograph?

FM: I make the pictures for this project with an old analog medium format camera, a tripod and some different ND-filters. I develop the negatives on my own.

The question of technique is fairly simple. What’s more complicated is the management of the places and events. I start a photo walk with a look at the daily newspaper or relevant websites, to search for events which attract many spectators. If I don’t know the place, I visit the location of the event some days or weeks before it starts. Then I take some pictures in order to verify that it is worth making for this series. Therefore I am looking for unusual architecture or special sights and landmarks and places wherever people come together and move — a steady flow… but mostly it is a random process.

This year I was in Barcelona, the final game of the soccer cup took place there. Three days before the game started, I visited the FC Barcelona Stadium to search for some interesting places. I found what I was looking for, but in the end, there where thousands of people, but there wasn’t enough movement. In the end I took some interesting pictures for my project, but it wasn’t as I was expected. 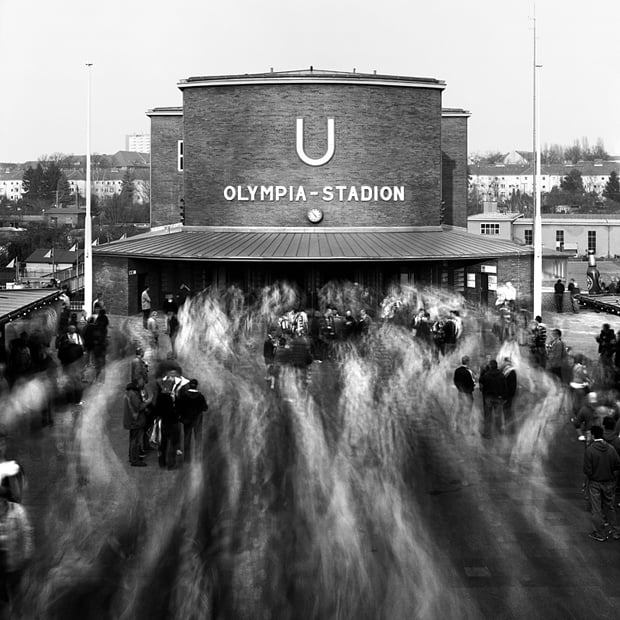 PP: The title “Monster” is interesting to me, because it works as a way of characterizing the masses of people that are moving through your images. It’s almost like you see the flow of people as something negative, or even grotesque. What are your reasons behind the project name?

FM: Do you know the TV series ‘Lost’? There was a faceless, mysterious presence, which was called ‘monster’ by the protagonists. When I saw the first photos of my series, I had to reflect about this. A faceless, anonymous mass, which looks like a moving fog. Except the appearance, I found the title very interesting. In the history of mankind, there where enough examples, that crowds turn into monsters. I think the pictures of my series create more negatives emotions (for me). 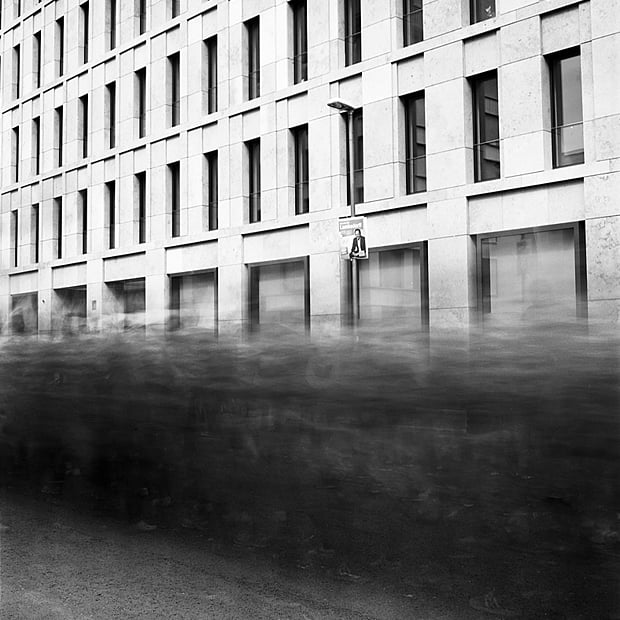 PP: Do you normally find inspiration in media like television and movies? Have movies helped to inspire any of your other projects?

FM: I’m a movie junky, but i don’t like everything. I love well-designed films and strange stories. If I had pick up two movies I would choose, this must be ‘Fight Club’ by David Fincher and ’12 Monkeys’ by Terry Gilliam. I think my series ‘tierwald’ was greatly influenced by this film (12 Monkeys), a world nearly without humans, only animals who populating the planet. In this project I transfer the setting from the city into a foggy forest. 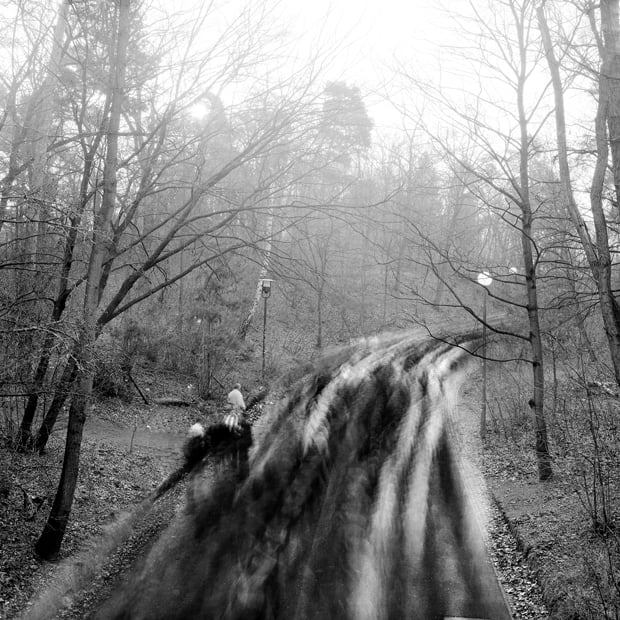 < PP: Talk about some of the individuals, teachers or mentors who have helped to influence your understanding of photography.

FM:There are many photographers and artists I admire much. I love the subtle poetic visual language of Sugimoto, Ackermann’s purposeful treatment of light, and the artistic skills of daily life from Bresson. All of the three are masters of B&W photography.

As a child I learned the foundations of darkroom work from my father. He was an amateur photographer and built a small darkroom in the cellar of our house. I think, this was my first contact with the medium of photography. PP: What is your overall philosophy when it comes to image-making? And what are the ideas that tie all your projects together?

FM: I don’t know, but I am always looking for other representation of frequently seen pictures, like my series ‘multiexpo’. I’m fascinated by the contrasts of urban life and deserted landscapes (I try to put this in my project wald//stadt). I simply want people looking at my works to ask themselves: How on earth did he do that? And having them getting stuck on the picture. All of my projects were made full with analog techniques. 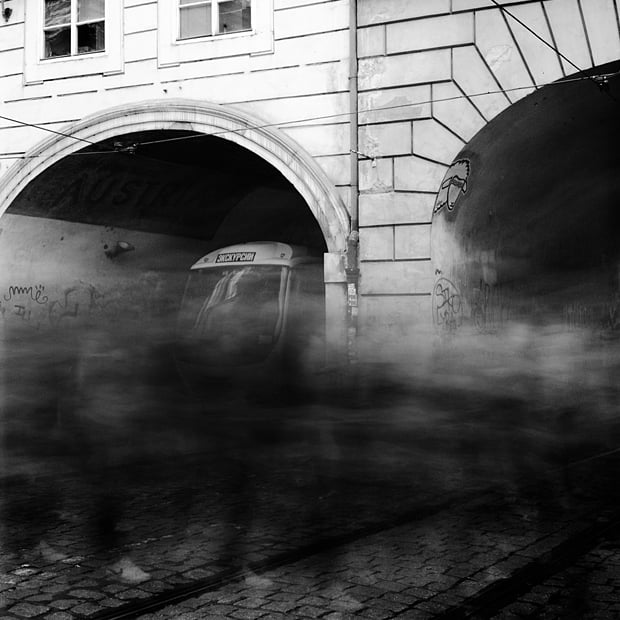 PP: Finally, what’s coming up for you over the next year, in photography or in general?

FM: All my photographic projects have not yet been completed, so I will continue this work. Then I’m a part of the project called ‘Berlin Photography,’ which has launched this year with an eight exhibition series. I exhibit there next year. Last but not least, I want to try to find a gallery which will represent my work.