GoPros are tough little cameras. But, as one hiker experienced first hand, they’re not indestructable, despite some rather intense encounters in the past.

While hiking on Round Island, Alaska, a man spotted a fox, whom he wanted to get a closer look at. He decided to set up his GoPro on the ground, anticipating the fox would be intrigued by the device and hopefully capture a close-up. And while he did get the close-up he wanted with the GoPro, he also got a little more than he bargained for. 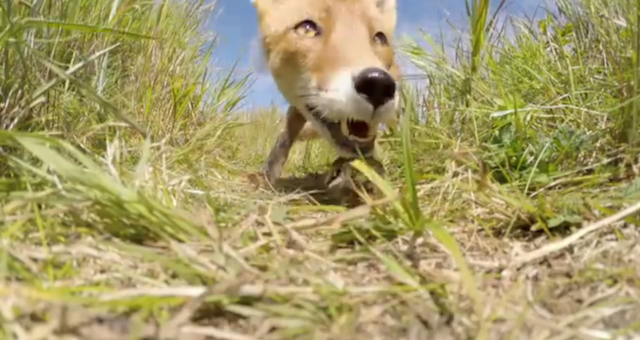 Emerging from the surrounding terrain, the fox ever-so-sneakily takes a look at the camera and quickly decides it might make for a tasty snack. Recording through the entire event, the video captured by the GoPro shows it getting violently disassembled piece by piece at the mercy of the rather adorable little fox, all while the hiker tries to discourage the fox from doing so.

After the fox had its fun with the camera, the hiker set out to find it. It took eight minutes, but he eventually found it – and not in the best of shape. The sly little fox managed to rip off the casing of the GoPro, leaving the internals exposed and lens cracked. Despite the parts being ripped off though, the hiker reports that all pieces were found, meaning the fox didn’t swallow anything it shouldn’t have.

Shared under YouTuber TheOpenLens, the video description appears as an open letter of sorts to GoPro, with a vague sense of desire for them to replace or repair it pro bono. But there’s no word yet on whether or not that will be the case.