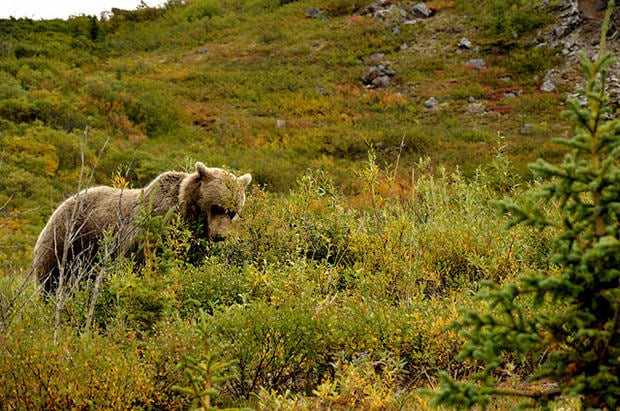 This past Friday wasn’t a good day for photographers. On the same day that one wedding photographer saw his client drown in a freak accident during a trash the dress shoot, a man hiking in Alaska was mauled to death by a grizzly bear after getting too close to it with his camera.


The hiker, identified as 49-year-old Richard White of San Diego, stumbled upon the bear while backpacking along the Toklat River in Denali National Park.

After spotting the bear, he walked closer instead of retreating to a safe distance. Although the park rules require at least a quarter-mile of separation between hikers and bears, White got within 50 yards of the bear and spent 8 minutes taking pictures of it with his digital camera.

The details of what happened were pieced together by investigators after discovering the body, killing the bear, and locating the camera. The photos on the memory card showed images of the bear grazing peacefully prior to the attack.

If you’re hiking the wilderness and hunting for once-in-a-lifetime wildlife photographs, remember that wildlife has the word “wild” in it for a reason.