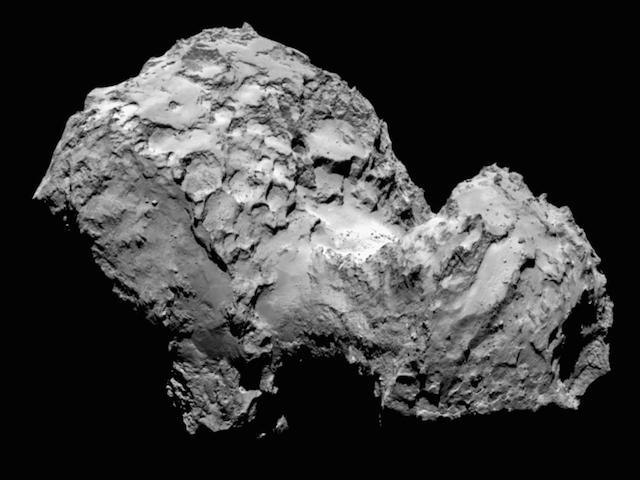 After a decade of travel, the European Space Agency‘s Rosetta spacecraft has finally reached it’s destination. Launched in 2004, Rosetta’s goal was to arrive at Comet Churyumov-Gerasimenko (67P), which it has finally done, after racking up 6.4 billion kilometers on its odometer.

Now at its destination, the next step in the mission is to look for the best landing spot for Philae, the 220lb lander onboard Rosetta. Thus, Rosetta will be spending the next little while snapping up photos for analysis, giving us a closer look at a comet than ever before.

Once a landing spot is found and properly analyzed, Philae will descend, gently landing on the surface of the comet; the first time a spacecraft will have ever set tire on one. Once there, the goal is to more closely photograph and analyze the ice, dust and rock that make up these leftover pieces from the creation of the universe.

For now, what will be found is nothing more than a plethora of educated guesses. But, hopefully with the help of Rosetta and Philae, we’ll get a closer look at a comet than ever before. To see some of the images Rosetta has already captured, you can head on over to the ESA’s Rosetta website, here.