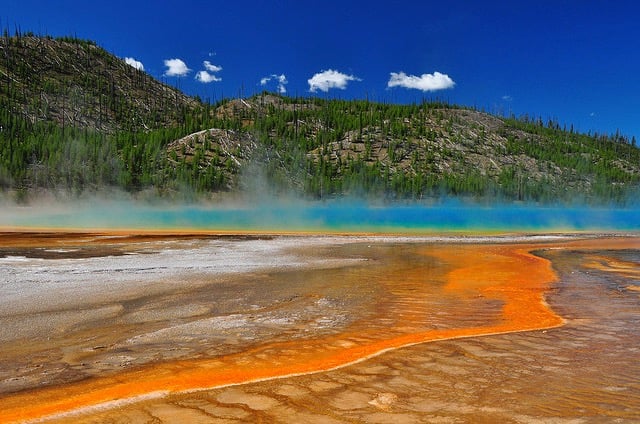 Remember when all national parks banned drones? Well, apparently someone didn’t. Because last weekend, a tourist visiting the beautiful and pristine Yellowstone National Park managed to crash his right into a hot spring.

Al Nash, a spokesman for Yellowstone said the drone’s pilot reported the downed vehicle into the Grand Prismatic Spring last weekend. As is to be expected a number of other tourists witnessed the crash.

Nash said to Missoulian, ”our concern is about any potential impacts to the iconic Yellowstone thermal feature.” rightly so considering the Grand Prismatic hot spring is one of the most popular attractions within Yellowstone, showing off its vibrant colors and 300’ diameter.

Officials said they’re working on removing the drone. However, at 160º Fahrenheit, it’s likely to be nice and tender after soaking in mother nature’s stew. That being said, we’ve seen GoPros survive some pretty intense situations, so who knows! We might have some footage to share with you in the coming days.

Video: A Brief History of George Eastman and His Immeasurable Impact on Photography