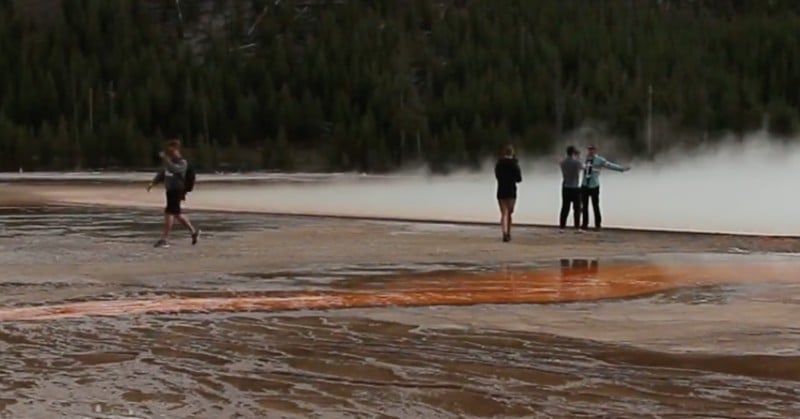 The group of traveling filmmaker/photographers were caught on camera disturbing the delicate ecosystem of Yellowstone’s iconic Grand Prismatic Spring for the sake of a few pictures this past weekend, and now they’re paying the price.

To paraphrase an old saying, “hell hath no fury like the Internet’s scorn,” and the Internet is pissed at the filmmakers and photographers who make up the group High On Life SundayFundayz. During a trip to Yellowstone last weekend, the foursome ignored the posted signs and decided to hop off the boardwalk and take a stroll on the largest hot spring in North America.

A local man, who asked to remain anonymous, was there and emailed his photos and videos of the entire stunt to Yellowstone National Park. The perpetrators were initially unidentified, but the Internet quickly tracked down the High On Life team after they posted (and subsequently deleted) some of the images they were capturing during their walk on the spring.

Screenshots were posted online, and the outrage quickly reached a fever pitch with calls for their partners and sponsors—which include high profile names like Red Bull—to pull their support. 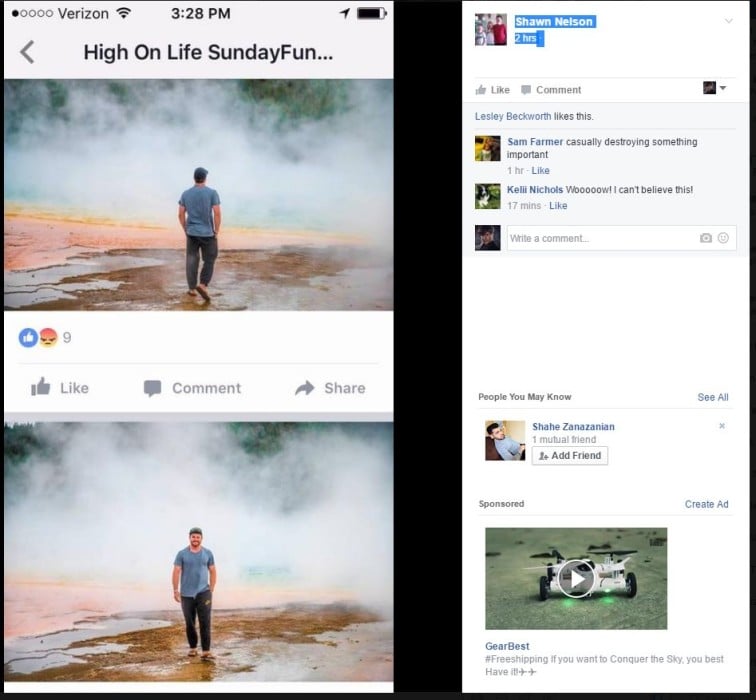 After deleting the initial pictures, the High On Life group has now owned up to the stunt, posting the following apology to their Facebook Page in two separate posts:

“Three days ago we were lucky enough to visit Yellowstone National Park,” they write. “We got over zealous in our enthusiasm for this wonderful place. When standing at the face of such natural wonder, we were drawn to it. In an attempt to get the perfect shot, we acted in a way that doesn’t reflect our respect for the environment we were trying to capture.”

“We wandered off the laid out path and took photos of the Grand Prismatic Springs, unaware of the ecological ramifications and safety precautions,” continues the statement. “For this we would like to sincerely apologize to the Yellowstone park community and the public.”

The statement goes on, setting up a system through which the group will donate one dollar every time someone uses the hashtag ‪#‎DonationforYellowstone in a post on the park’s Facebook page—up to $5,000‬. But despite their attempt to set things right, responses have been less than sympathetic.

The commenter above is not alone in the hope that the group is prosecuted, but another commenter was a bit more blunt about it:

And here’s one more:

There are many, many more where those came from, including screenshots from a (since removed) video that show the group reading one of the signs they ignored. We scrolled and scrolled, but couldn’t find a single positive comment to post in contrast to the ones above.

UPDATE: According to the Bozeman Daily Chronicle, a criminal complaint has been filed and federal arrest warrants have been issued for three of the four members of the High On Life group for “creating a hazardous or physically offensive condition at Grand Prismatic Spring in Yellowstone National Park.”