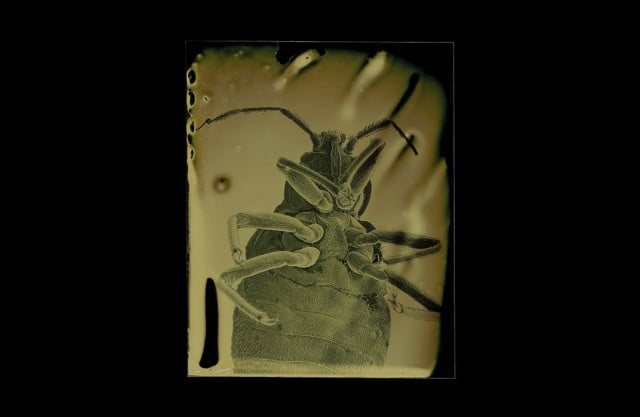 I hope you aren’t planning on sleeping anytime soon. Because these photographs from photographer Marcus DeSieno might just give you nightmares. What are they, you ask? Why, they’re nothing more than tintypes of parasites. Completely normal, right?

Inspired by a childhood incident he had with Lyme disease, given to him by an unfriendly deer tick, DeSieno decided in his adult years that he would confront his fear of parasitic creatures by doing what he does best, photographing them.

The result is a photo series that captures the microscopic shots of parasites that live off of humans and other creatures, all using photographic technology from the 19th century. 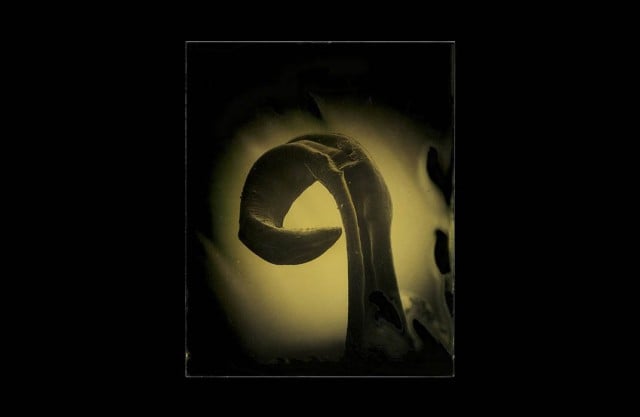 Explaining to Smithsonian where the project began, he said, “I started out with broad parameters. This is really about my personal childhood fear of parasites, so it should be human-borne parasites or parasites that infect humans. And the second was whatever I could get my hands on.”

Parasitologists from the local University of South Florida provided him with the specimens for the series. After some time connecting at USF, he was then directed to scientists at the National Institutes of Health, who then provided him with a much larger resource for obtaining these nightmarish creatures. 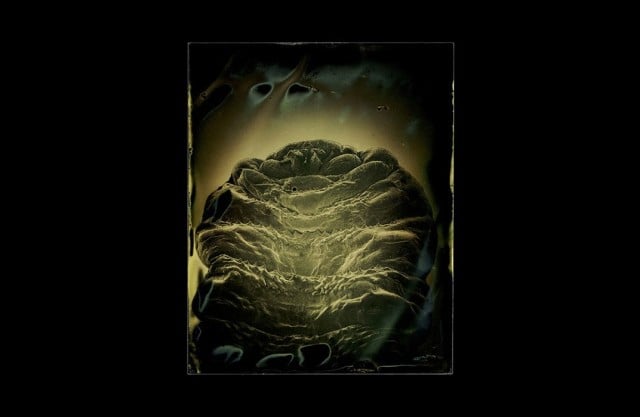 As for how the process of photographing the specimens go, it’s rather complicated, as you could probably expect. After receiving the already-dead parasites, preserved in alcohol, DeSieno – with the help of lab technicians – then dries out the creatures and poses them under the lens of a scanning electron microscope at USF’s Advanced Microscopy and Cell Imaging Lab.

Once captured through the scanning electron microscope, DeSieno prints the image off onto a transparency. He then uses this transparency as a positive image to expose the photograph onto a ferrotype plate, one of the earliest forms of tintype photography.

It’s an intriguing process that yields equally intriguing results. Below are a number of other photographs DeSieno was kind enough to share with us. 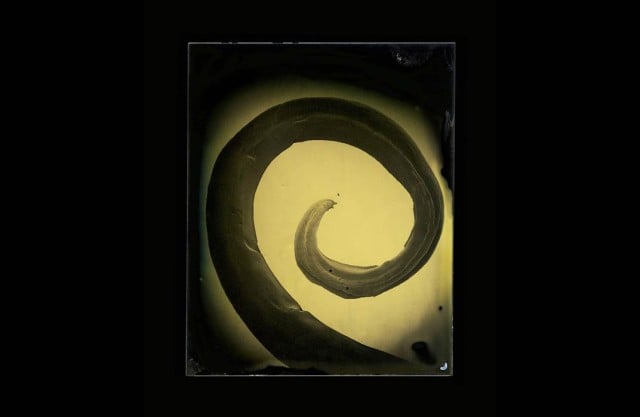 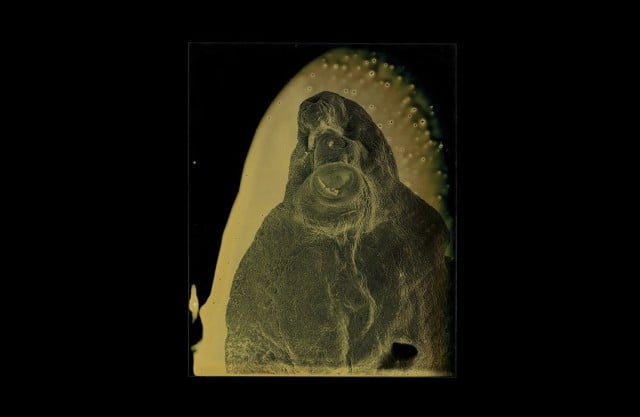 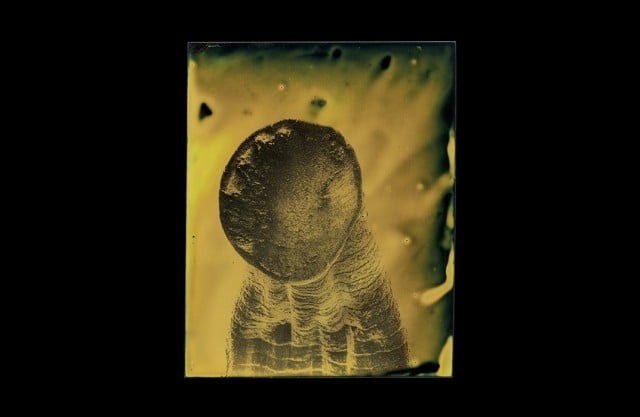 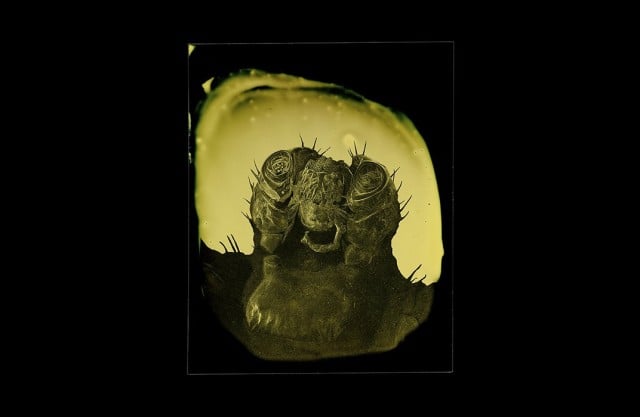 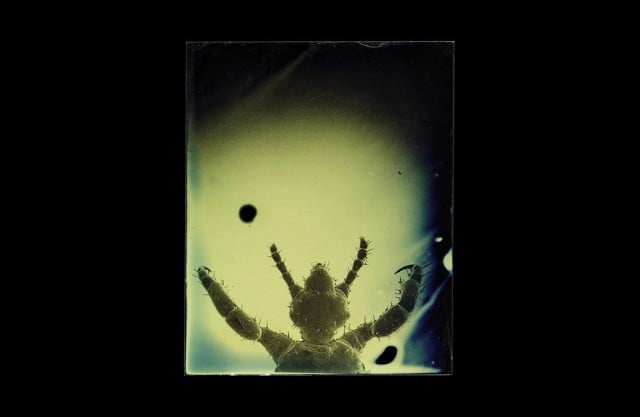 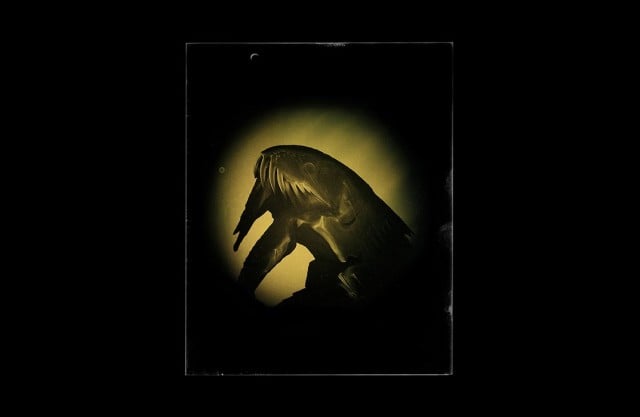 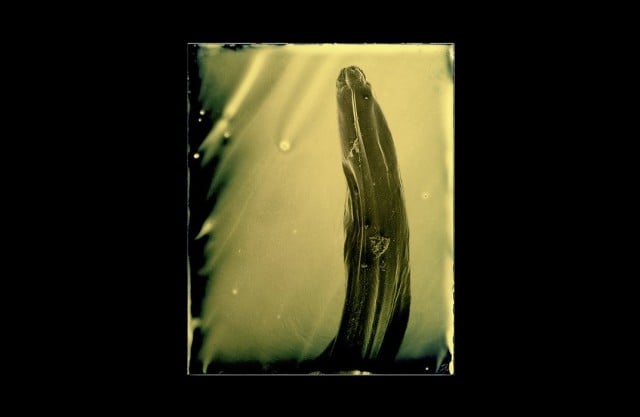 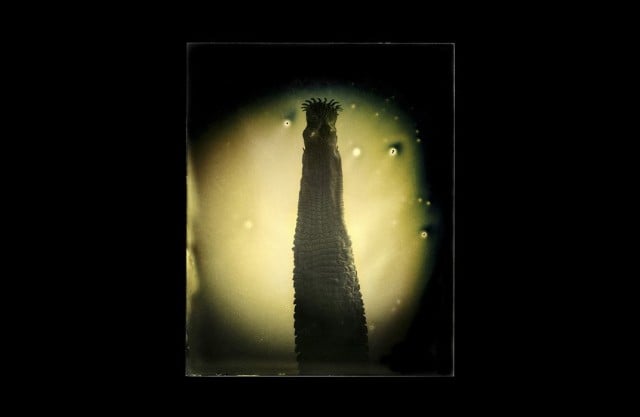 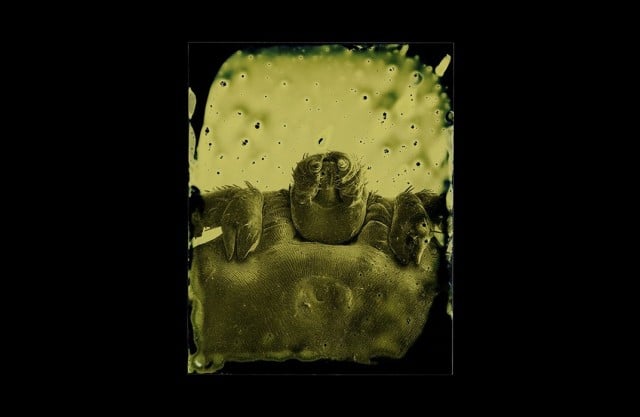 You can keep up with DeSieno and his work over on his website.

Image credits: Photographs by Marcus DeSieno and used with permission