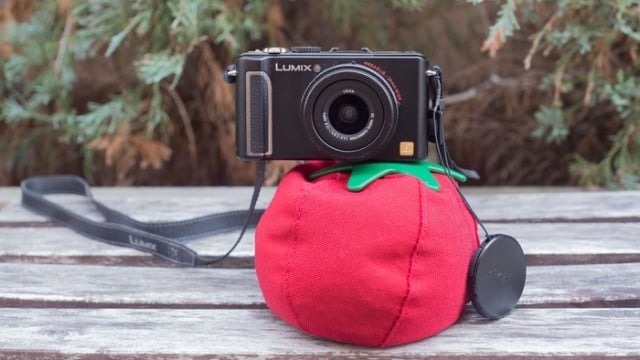 There are some strange Kickstarter ideas out there, and the Heirloom is one of them. Akin to the tomato needle holder you probably saw at your grandmother’s house as a child, the Heirloom is actually a small, weighted, table-top tripod replacement.


While the name itself is misleading, due to it not looking as most heirloom tomatoes tend to look, it’s purpose is rather straightforward. Essentially a grapefruit-sized beanbag with a standard 1/4” tripod mount on the top, the Heirloom is meant to hold mirrorless, point-and-shoots and mobile devices steady when placed on almost any semi-flat surface.

Currently at only 10% of its $43,000 campaign, the Heirloom has 30 days left to rack up that remaining 90%. You can secure yourself an Heirloom for the early bird price of $30, with it going up to $40 once the early bird pledges are taken up.

It’s practicality seems borderline nonexistent, but it’s rather cute and does seem semi-versatile when it comes to the various angles it’s capable of being used at.

Head on over to the Kickstarter campaign to learn more and secure yourself an Heirloom for a planned delivery date of this coming November.