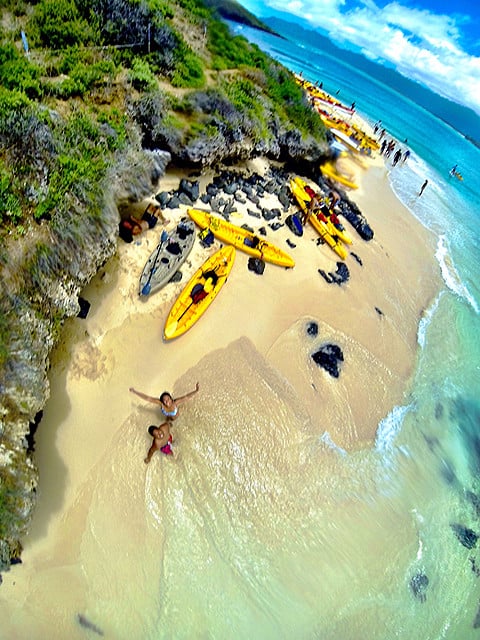 The photo above was taken by Nathaniel Jude Heres (who goes by the Reddit username cuddymonster) and it might just turn out to be the next fun group photo trend. Rather than taking a standard beach shot or the nearly-impossible-to-get-everyone-in-the-shot group selfie, just toss your GoPro in the air and hope for the best!

The idea was inspired by this similar shot, but you can’t deny Heres’ photo is much more impressive… so impressive it’s earned the GoPro enthusiast nearly 4,000 upvotes on Reddit.

So the next time you’re at the beach (or anywhere with semi soft ground…) and you want to capture a photo of you and all your friends, forget asking a stranger to take your picture and don’t even think of pulling out your smartphone for a selfie. Just take out your GoPro and hand it to the most sure handed catcher in the group.

Photos of Photos Being Taken: A Fascinating Meta Look at the Photographic Process