Just picked up a DJI Phantom but don’t have the cash to drop on an expensive gimbal to keep your shots steady and level? Well, it turns out $10 will get you at least half-way there and keep the ‘jello effect’ and blur out of the videos and photos you plan to go out and capture.

In the DIY tutorial above by Pivot TV, film and TV production grad student Jenna Cavelle and engineering grad student Chris will show you how to put together a simple anti-vibration mount they came up with that will cost you less than ten bucks in change and a little bit of DIY skill.

The video goes into all the detail you need, so we won’t try to summarize it in detail, but the basic idea is to separate the camera mounting surface from the drone itself, since that’s what’s vibrating. 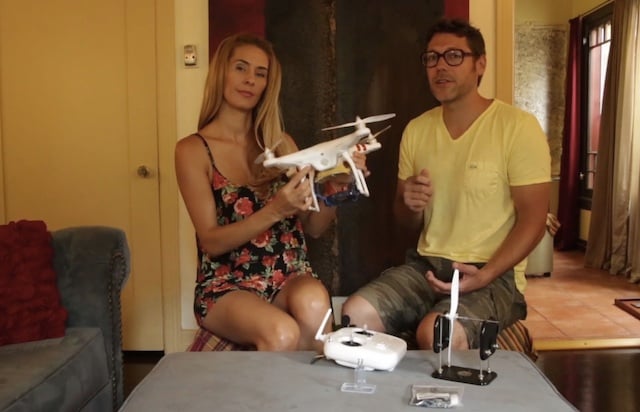 They achieved this using only two heavy gauge blue wires, two pieces of car washing sponge, four washers, two screws, a piece of plastic, an alan wrench, and a cap from a lotion container with some hair ties and masking tape.

Put it all together (preferably in the way they show you to do it in the video…) and you get a very effective anti-vibration mount. No more jello effect on your videos and much crisper stills to boot!

Assembly shouldn’t take you more than about 30 minutes, and when all is said and done you will have spent less than $10 on something that will hold you over until you can afford a more capable gimbal. Check out the video above to see it for yourself, and if you have any suggestions for improvements, feel free to drop them in the comments down below.