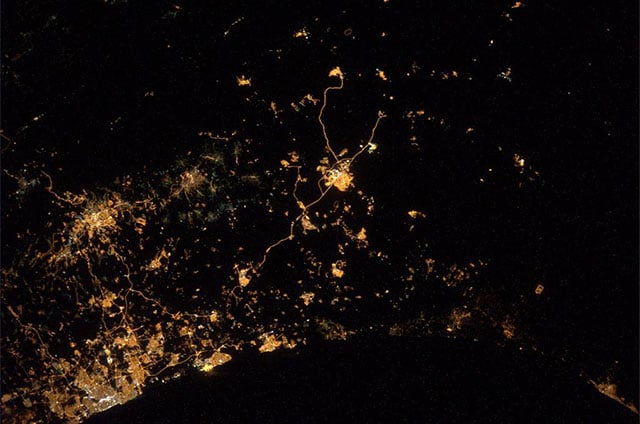 German astronaut Alexander Gerst sparked quite a discussion online yesterday by uploading the photograph above to Twitter. His caption read: “My saddest photo: from the #ISS , we see explosions and rockets over #Gaza and #Israel.”

Before long, the photograph was retweeted and republished far and wide, with many people and publications commenting on how horrible it is that the fighting is so intense that the rockets and fires can be captured from space… Or can they?

Amidst the outcry condemning the violence shown in the photo, some commenters began questioning the photo and caption. Is it warfare that’s seen in the image, or is it just ordinary city lights? Where are the explosions and rockets in the photo, anyway?

Redditor jb2386 decided to take the photograph and overlay it on Google Maps. Here’s what he got: 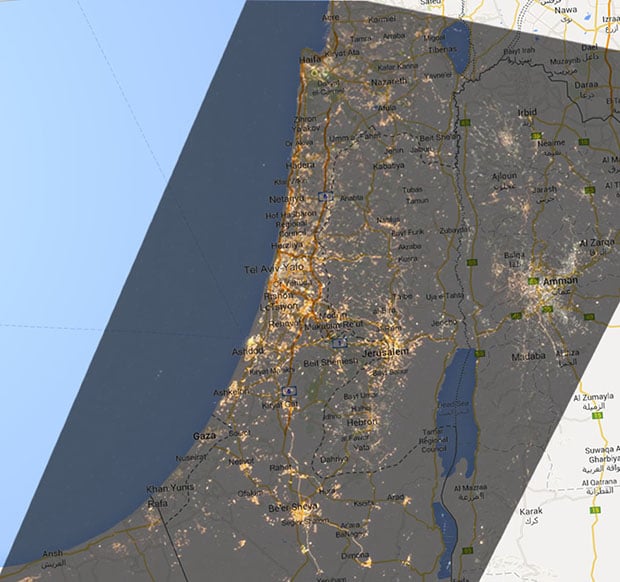 Earlier this month, we shared a project called Cities at Night that collects nighttime images of cities captured by astronauts from the ISS. Here’s what Melbourne looks like at night: 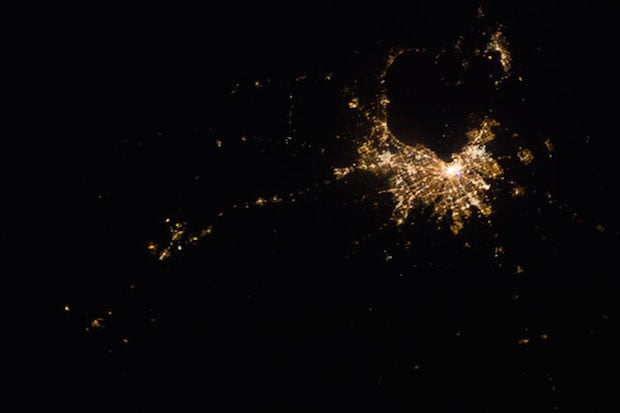 As you can see, the image doesn’t look too different from what Gerst shared. After analyzing Gerst’s photo, The Times of Israel concludes: “NASA joins hordes posting space image ostensibly showing explosions and rockets, but it’s actually Israel at night.”

It could very well be that Gerst was watching various rockets flying about and explosions lighting up the ground, but that would be very difficult to capture effectively from space — much of a conflict would simply show up as tiny lights blending into the larger expanse of lights caused by the cities. Thus, it seems likely that very little of the conflict was actually captured by this single still photograph.