Since 2003 astronauts have been snapping up photographs of our beautiful planet from the International Space Station. All of these photographs have been archived together into a resource called The Gateway to Astronaut Photography of Earth. It’s through the utilization of this resource, as well as a database compiled by Spanish Astrophysicists that a little project called Cities at Night exists.

Cities at Night is a project that scours through the aforementioned archives, pulling out nighttime close-ups of cities from around the world, plotting them on a map. From New York to Beijing, a plethora of cities have been captured, showing the veins of streets and glow of lights sticking out like a firefly to the astronauts circumnavigating the Earth. 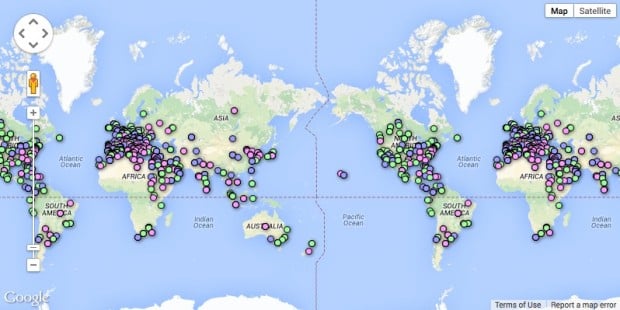 The unique aspect of these images is that these weren’t digitally captured by some satellite. These were individual photographs taken by fellow humans. For some reason or another a specific city or location stuck out to them and for their own sake, as well as for archival purposes, they snapped an intimate look at a city, from 220 miles above Earth.

Below are just a few examples of the images Cities at Night has to offer.

To check out more cities and find out what Cities at Night is all about, you can head on over to their website for more information.

(via The Atlantic via The MetaFilter)

Rumor: The Next Evolution of Dual Pixel AF to Make Its Debut in the 7D Mark II