Australian-based photographer Brendon Borellini sees the world differently than most of us. In fact, he doesn’t really see it at all. This is because Borellini was born with congenital deafness and partial blindness, which has since turned into complete blindness.

You’re probably thinking to yourself that these disabilities aren’t exactly conducive to becoming a photographer, but Borellini has overcome them, making the most of every ounce of life doing what he loves.

Growing up, these disabilities presented major hurdles for Borellini, but help from the Special Education Unit at the Cavendish Road State School in Brisbane (pronounced briz-been) has helped him become the first deaf and blind student to graduate and head on to college. His accomplishments throughout his academic career even won him the 1989 Australian of the Year award. 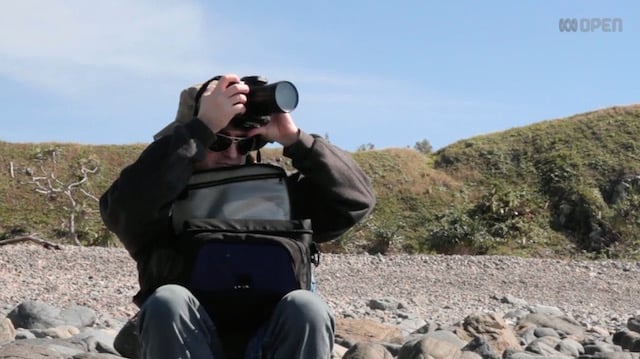 It was after moving from his hometown of Brisbane to Mackay that Brenden met Steve Mayer-Miller, the artistic director of Crossroads Arts, an organization that helps those with disabilities make an impact in the world through the arts. Mayer-Miller and Borellini quickly struck up a friendship, and after seeing Borellini’s determination and desire to take in the world around him, Mayer-Miller decided that they should explore photography.

As mentioned in the mini-documentary above, it started out as a joke with Borellini facetiously picking up a camera and snapping away throughout the day. But it soon developed into a challenge that the two undertook head on. After showing Borellini the buttons of the camera and explaining what it is they do, the fresh-faced photographer quickly took it upon himself to learn more and begin taking better pictures. The interesting part is how this all works when put into practice. As photographers, we natural only focus on what our eyes see. Unable to make use of this sense, Borellini must instead see, interpret and learn by different means.

Borelinni interprets and learns photography far different than most of us do — he must feel for the image, whereas most of us see for the image. Once he’s taken a photo, he uploads it for others to see and receives feedback from them through a machine that converts text to braille.

This begs the question “What is it Borellini sees, then?” It’s this question that brought about a number of research projects that attempted to turn his 2D photographs into 3D topographical prints. The goal is to let him then interpret the textures in the print into real-world environments. 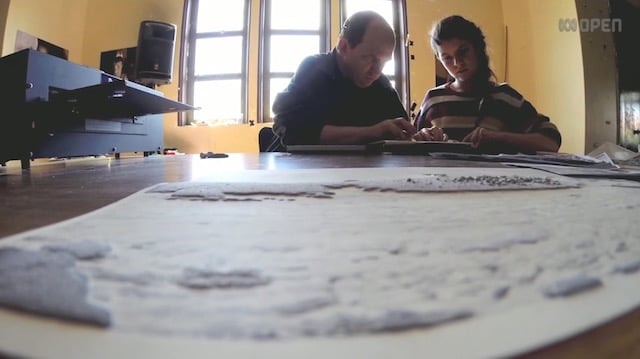 More so than any final product though, it’s the experience of taking the photograph that’s important to him, not the resulting image itself. It may seem counterintuitive to most of us, but it’s through these journeys and exploration that he feels a sense of connection with the world and people around him. And after the struggle of feeling isolated due to his disabilities, it’s the art of photography that offers him a much-deserved sense of belonging.