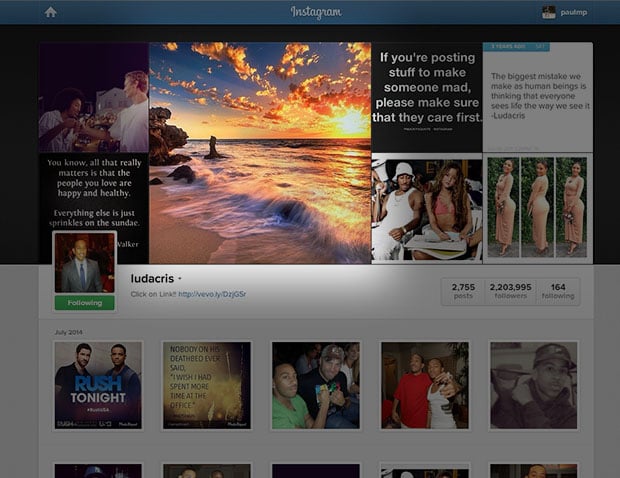 Instagram is a popular platform for celebrities to share photos of their lavish lifestyles, but it’s also a social network in which many photos are published without permission and without credit to the original creator. Both of those things happened recently with an image posted by Ludacris.

On his blog, photographer Paul Pichugin writes that he was recently surprised when he discovered one of his photos of a beach sunset in the rapper’s Instagram feed, which is followed by over 2.2 million fans. The same image was also shared on Facebook, where it amassed over 129,000 Likes and nearly 6,000 shares. 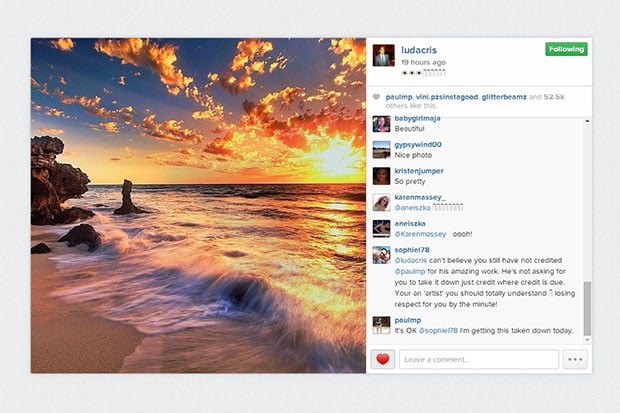 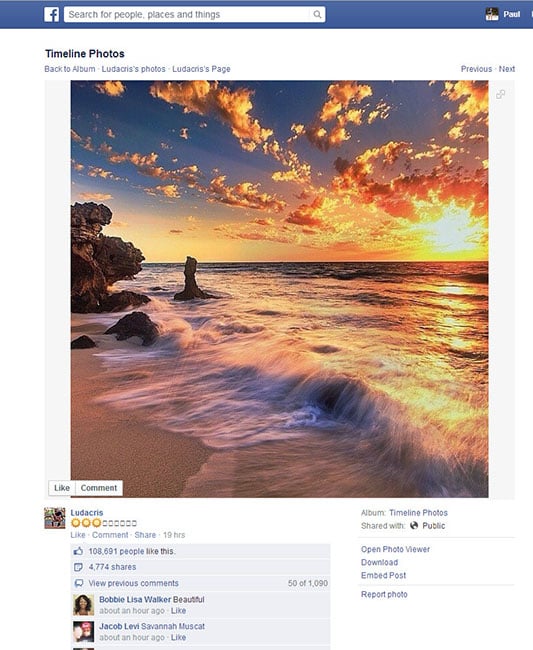 The image is found among other photographs taken by Ludacris from rooftops and scenic locations, so it would appear to be just another image showing what life is like for the rich and famous.

Pichugin says that he would have happily allowed Ludacris to use the photo with a credit and link back to him. He has attempted to contact the rapper directly through various social networks, but has not received any response (the photographs are still online at the time of this writing).

He then tried commenting directly on the photographs, informing people that he was the real photographer behind it. Interestingly enough, Pichugin began receiving abusive messages from Ludacris’ fans.

“At this point people’s woeful understanding of copyright law came out in force,” the photographer writes.

After news of the copyright infringement broke, however, others began to come to Pichugin’s defense in the comments:

“check out this awesome photo that @ludacris didn’t take!,” one user writes. Another one states, “Hey @ludacris, just because you’re huge and us little people can’t touch you, doesn’t mean you shouldn’t credit @paulmp for his hard work. Ridiculous.” 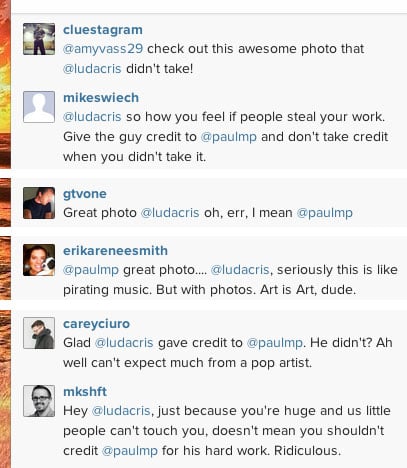 Pichugin has since filed DMCA complaints in an attempt to have the images taken down. He writes,

Apparently I should be “grateful” that my photo has been posted without credit because millions of people will see it, that’s great that they get to see it, but I get nothing out of that. […] I was told that because I had posted the photo on a public website, it was free for everyone to post, it is the same as saying that if you park your car in a public car park, it’s free for anyone to use, clearly not true.

[…] I was disappointed as you would think that someone who makes a living from their own art wouldn’t take the art of other people.

Pichugin says that he is looking into additional legal options as well. We will continue to update this post as the story unfolds.

Update at 4:25PM PST: The photo has been removed from Instagram, but is still available on Facebook.