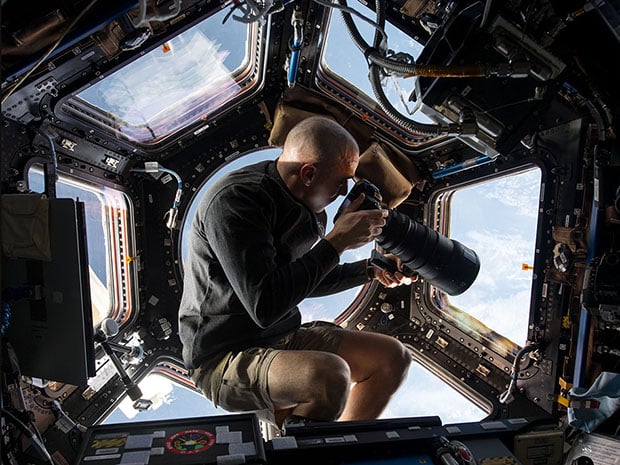 NASA’s Image of the Day today is a photograph showing one of the best photo op spots to be found on the International Space Station: the Cupola module. The image (shown above) shows astronaut and flight engineer Chris Cassidy pointing a Nikon DSLR and 400mm lens out one of the Cupola’s windows to photograph some location on Earth 250 miles below him.


The Cupola is a popular module to shoot Earth photos from due to its seven large windows that offer a fantastic view of the Earth spinning below. One of the 31-inch windows found in the Cupola is the largest window ever used in space. 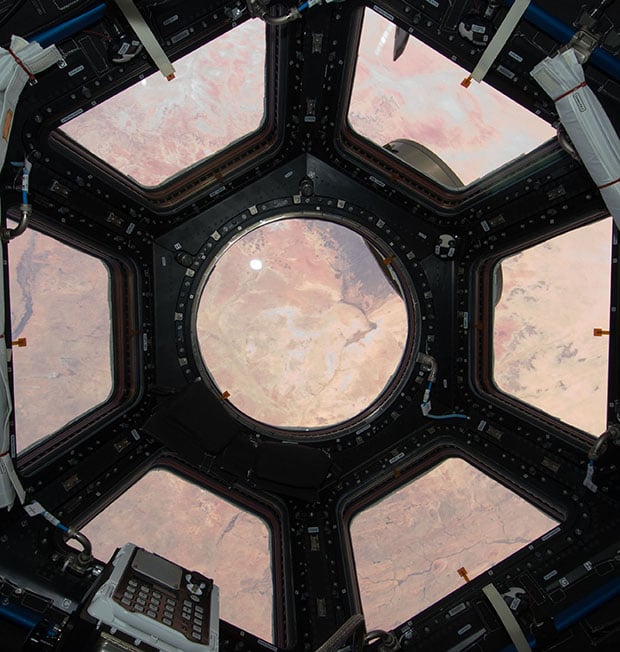 Here’s what it looks like when astronauts are observing Earth from inside the Cupola: 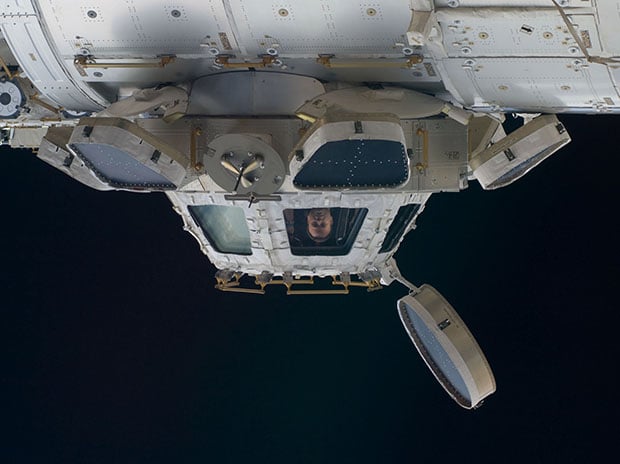 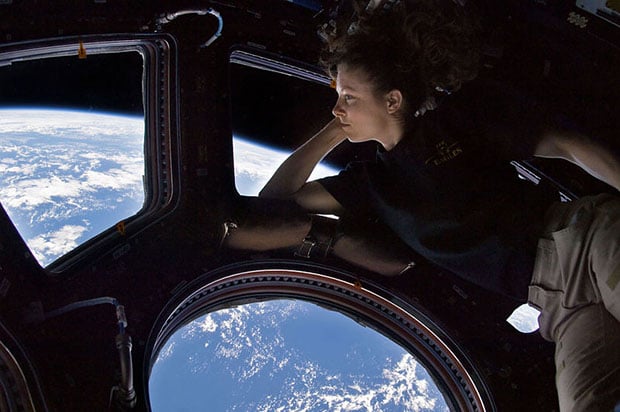 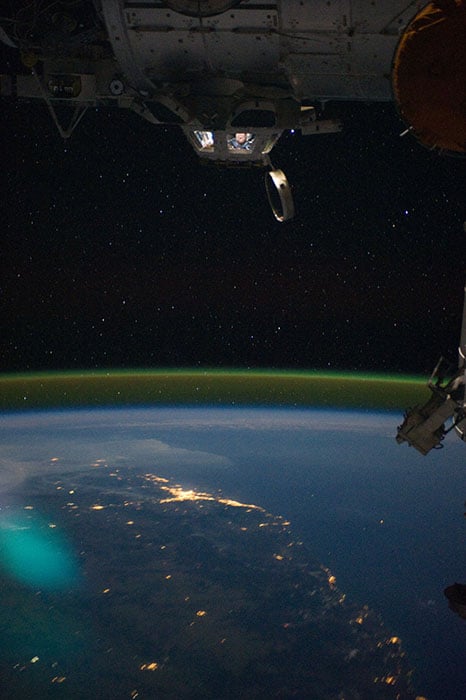 The Cupola module gets its name from the Italian word “cupola,” which means “dome.” Prior to the module being attached to the ISS in February 2010, astronauts were limited to looking at Earth through smaller portholes, the largest of which was 20 inches.

A large number of the Earth photos beamed down to us from the ISS have been captured by astronauts from within the Cupola: 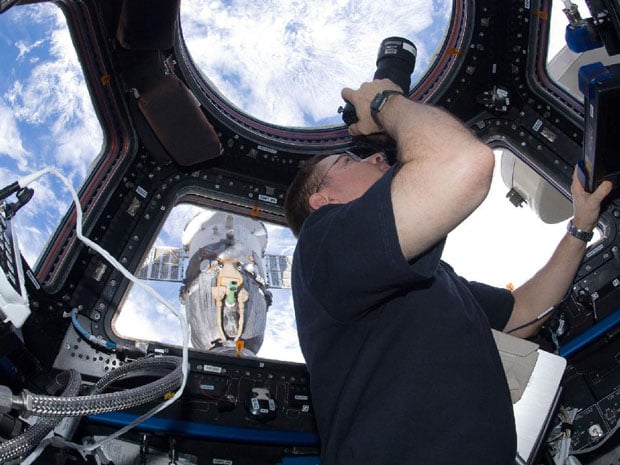 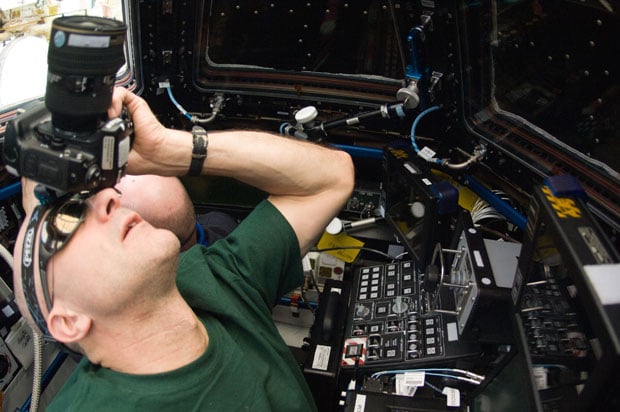 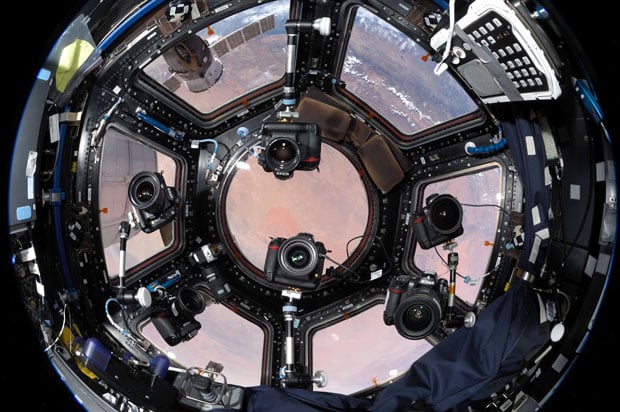 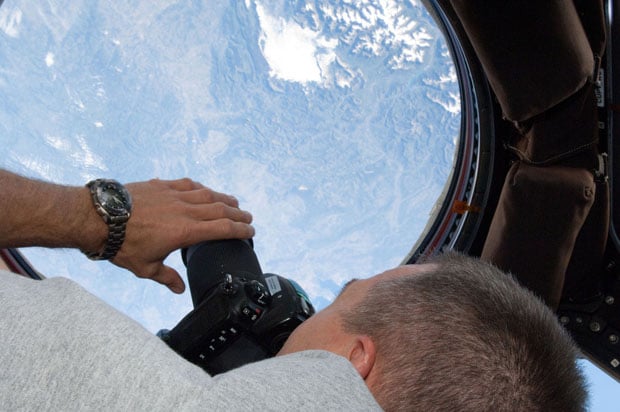 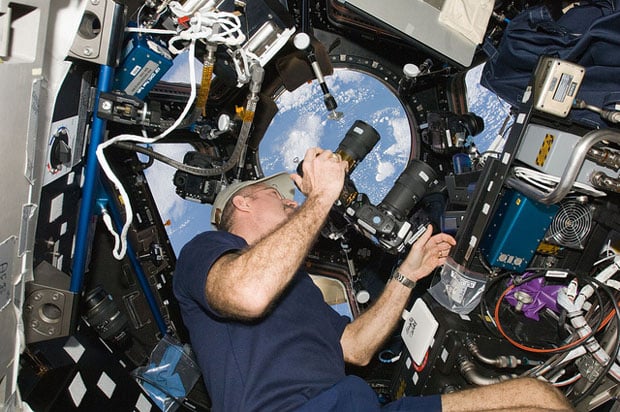 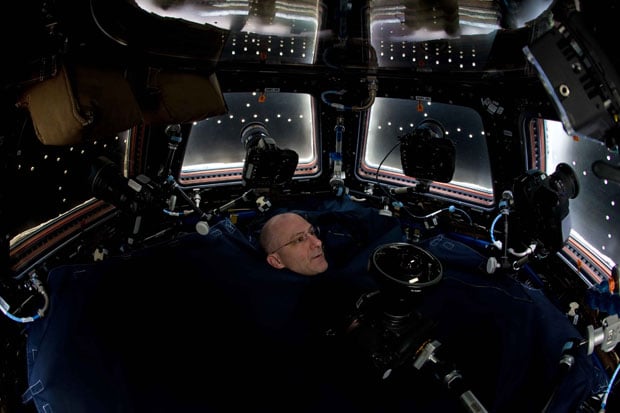 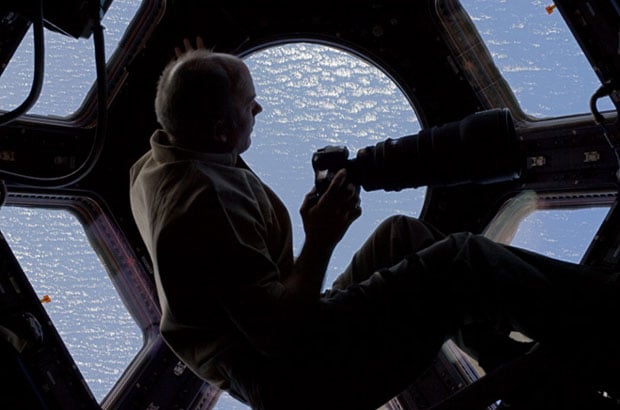 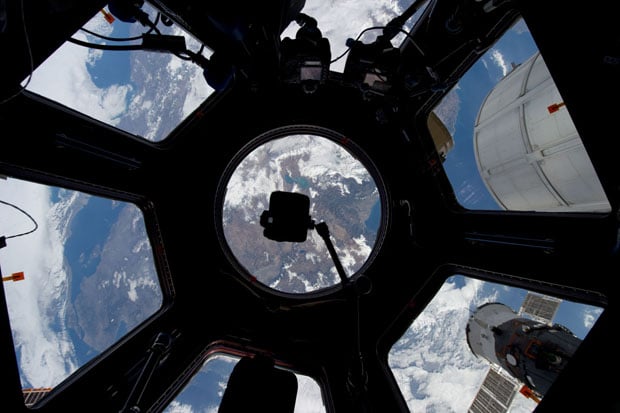 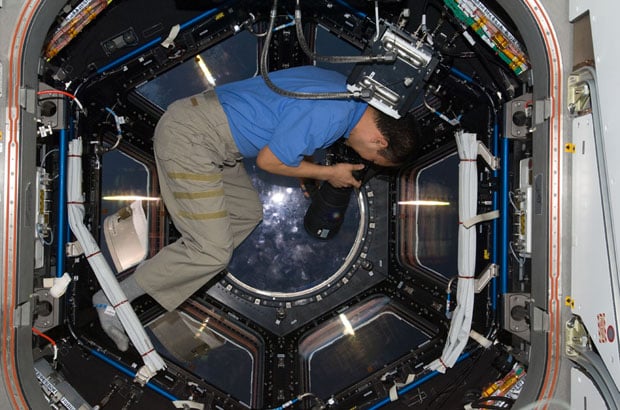 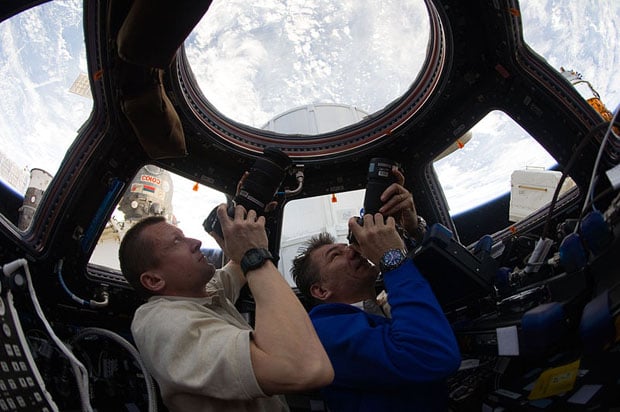 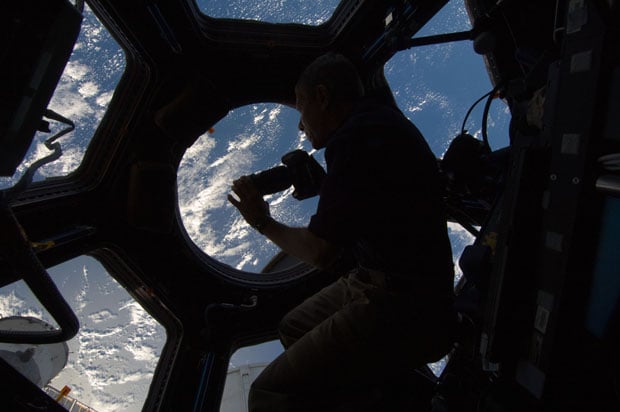 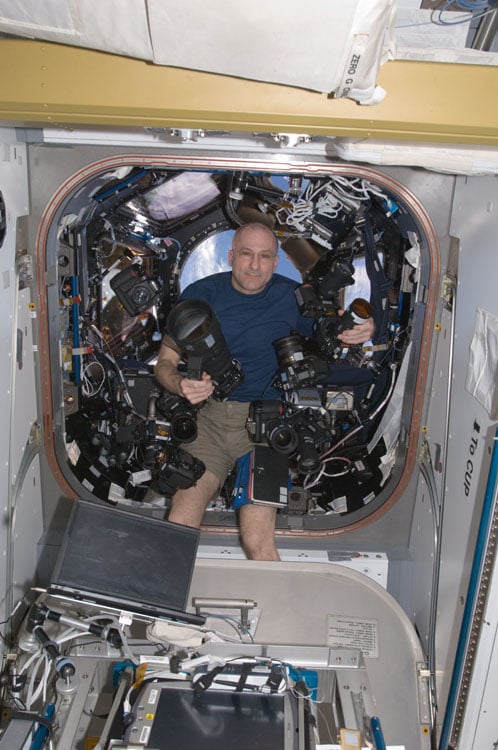 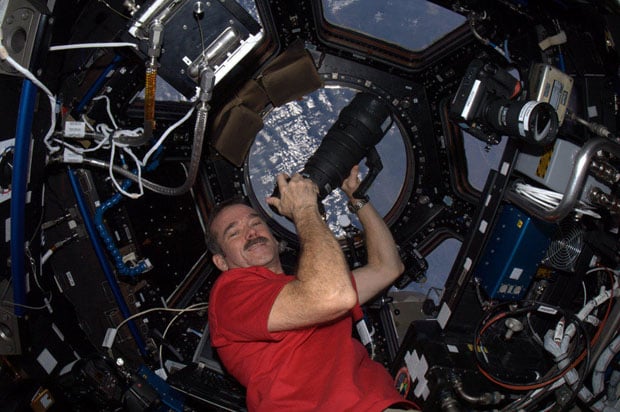 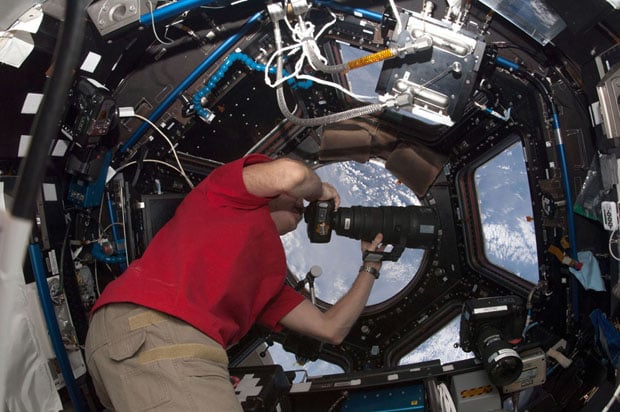 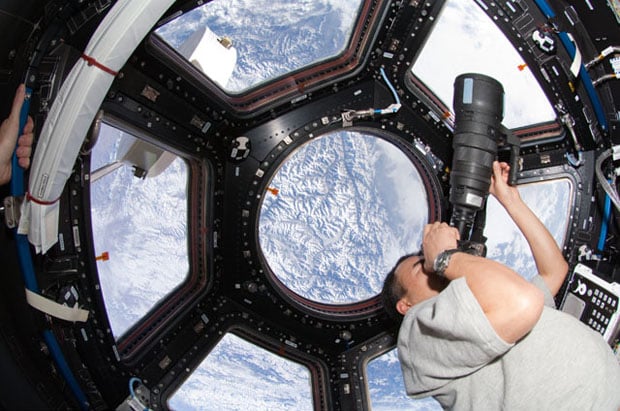 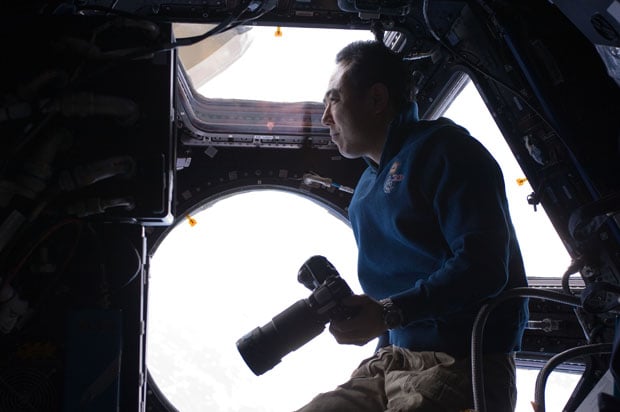 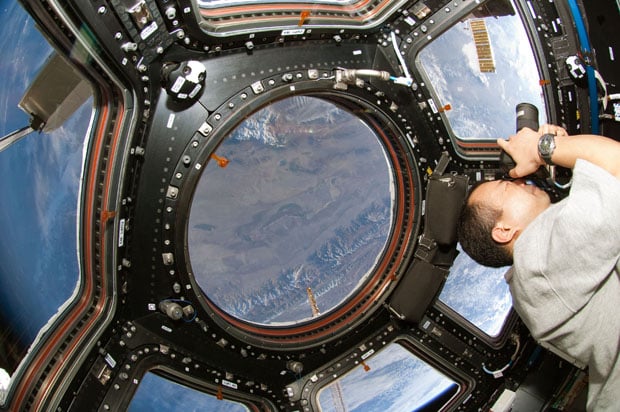 Here’s a video in which astronaut Mike Fossum gives us a guided tour of the Cupola: