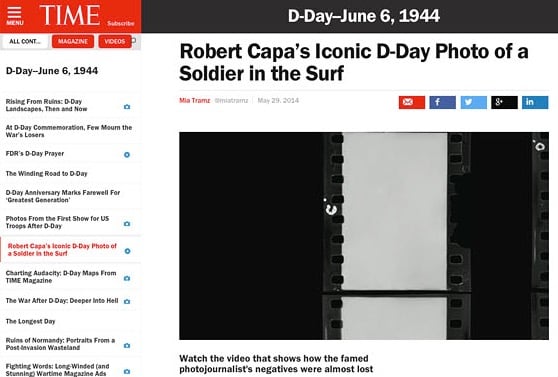 A month ago we shared with you a video documenting the story behind the ‘lost’ negatives famed conflict photographer Robert Capa captured on D-Day.

In the documentary, there’s a moment where the empty rolls of film are shown, emulsion gone and the plastic worn and tattered. Many of us probably didn’t think twice about the negatives that were shown, but A.D. Coleman and Rob McElroy did, and what they found out was a bit shocking, especially coming from a publication as respected as TIME.

McElroy explains the main conceit in a guest post on Photocritic International:

I had just discovered a journalistic no-no, a breach of trust, a total fraud. TIME had faked nine photographs in their documentary video and never explained to the viewer what they had done. 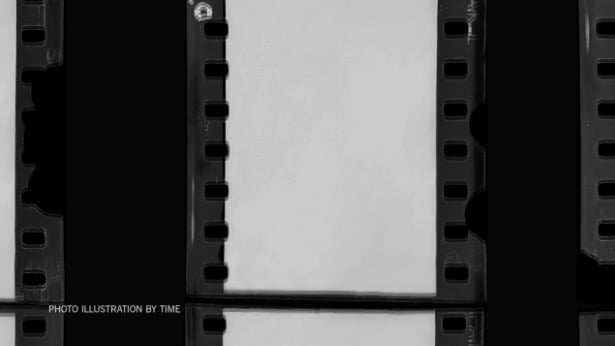 Following up the initial article, Coleman wrote another one. This time he called for an ethics investigation into the matter, to be conducted by the National Press Photographers Association.

It was presumably these articles from Coleman that pressured TIME to come clean about what was really going on with the wonky negatives.

In an email to Poynter, Daniel Kile, VP of Communications for TIME Inc. explained how TIME was handling the breach in trust: 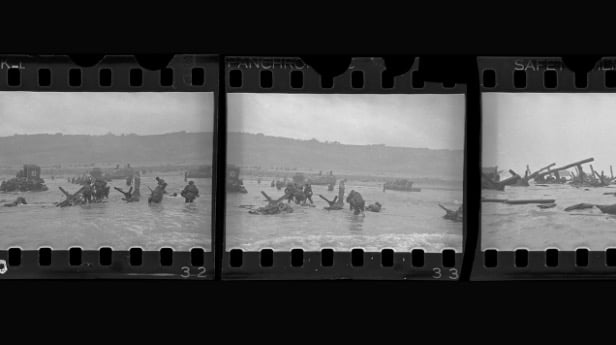 Both McElroy and Coleman are happy with the way that TIME has handled the ethical breach, telling Poynter that, while disappointed by the initial situation, the fact that TIME has owned up to the facts and gone to great lengths to correct its misstep is greatly appreciated.

All in all, the matter seems to have been righted by TIME without too much of a PR fallout, but it’s still troubling that a publication as storied as TIME would have made the mistake in the first place. What are your thoughts on the matter?

Video: Pentax’s Medium Format 645Z Gets Covered in Sand and Run Under a Shower