Three years ago, in late July of 2011, freelance news photographer Philip Datz was arrested by the Suffolk County Police Department in New York for “obstruction of governmental administration” because he was recording the conclusion of a police chase from a safe distance away.

Last we told you about the case, the police were dropping the charges and officers were going to have to go through “media relations training,” but the case has gone much further than that in the intervening three years.

Datz decided to sue the police department after the incident, a case that just this week was settled for the whopping amount of $200,000, and then some.

The ‘and then some’ has to do with that ‘media relations training’ we mentioned, which has been turned into a full-fledged training program that all Suffolk County Police Department officers will have to go through in order to familiarize them with “the constitutional right of the public and press to observe, photograph and record police activity in locations open to the public.” 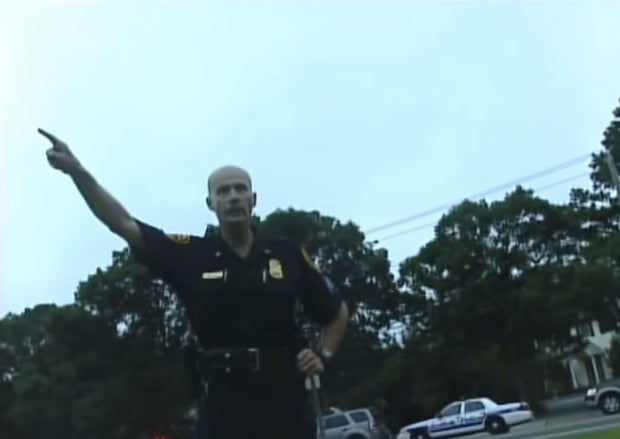 The settlement was approved yesterday and, as you might expect, Datz was thrilled with the results. He’s making a ‘generous donation’ to the National Press Photographers Association defense fund, and gave the NPPA the following statement:

This settlement is a victory for the First Amendment and for the public good. When police arrest journalists just for doing their job, it creates a chilling effect that jeopardizes everyone’s ability to stay informed about important news in their community. Journalists have a duty to cover what the police are doing, and the police should follow the law and respect the First Amendment to ensure they can do that.

As PDN points out, the downside of this settlement is that the SCPD and Suffolk County admit no wrongdoing, but that’s a small point when you weigh it against the other results of the settlement.

To find out more, head over to the NPPA website by clicking here.

Humor: World Cup Photogs Have to Wear Sony Vests, But Not One Shoots Sony

Detailed Explanation of the Manual Camera Controls Coming in iOS 8