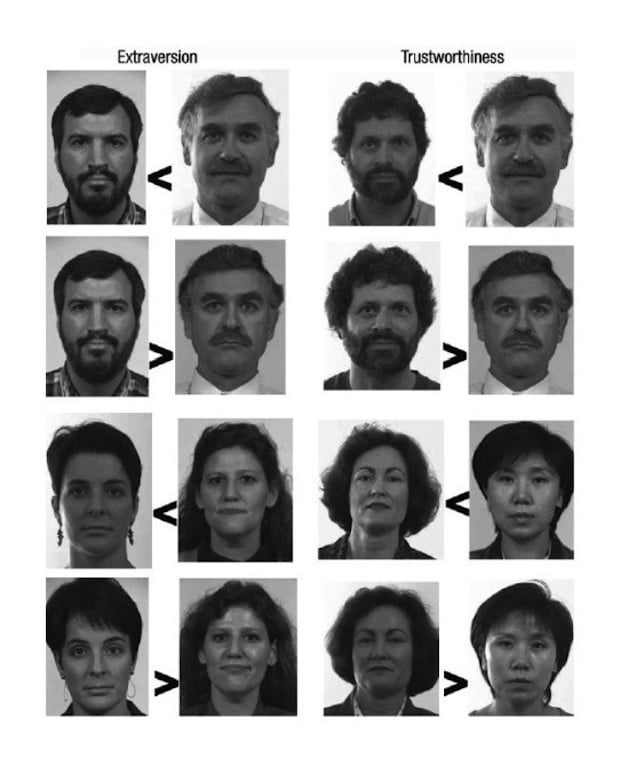 A fascinating new study on the perception of profile photos reveals some very interesting (and perhaps a bit nerve-wracking) results: even the slightest of changes from one portrait to another can dramatically alter how people perceive you in that photo.

Conducted by Psychological Science, the study suggests that even minor changes in body language and facial expressions can twist the perception that is given off by a particular person’s profile image.

To see for yourself, reference the above collection of images. Researchers managed to change subjects minds about which of the two people pictured were more extroverted or trustworthy using nothing more than subtle changes in facial expressions.

The infographic below is a single set of results from another test that was given. Subjects were told they were to choose a photo to be used on a résumé for a high-paying job, a dating website, Facebook, a political campaign poster, and a headshot for the role of a villain in a film. They were then given five photos of the same individual to divide up into the five categories. 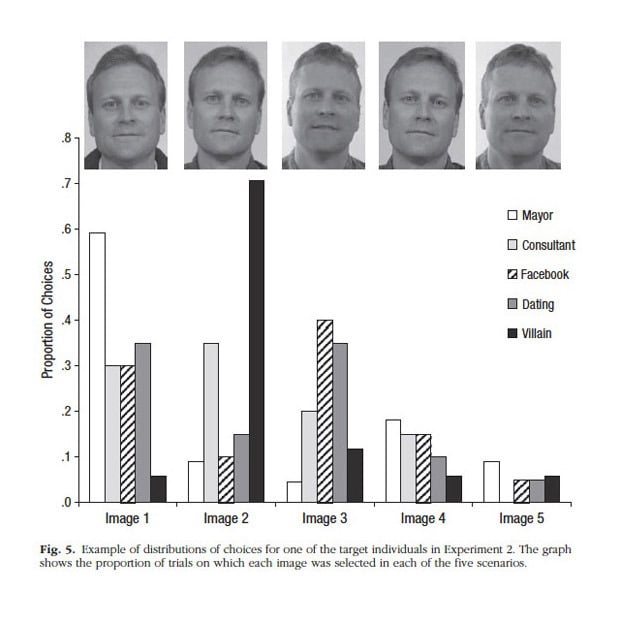 The most interesting correlation you might be able to pick out has to do with the answers given for pictures 2 and 4. While the photographs are almost identical, picture number two was overwhelmingly labeled as the choice for villain while picture four hardly ever made it into that category.

In a world as dependent on social media as we are living in, studies such as this are extremely intriguing. We often pour over every detail of the images we decide to brand ourselves with online, but it’s difficult to comprehend how dramatic of an effect even the smallest of details can have on how people perceive us.

Of course, these perceptions are usually tweaked or completely changed upon meeting an individual in person, but when we live and die by first impressions, the devil is in the details.