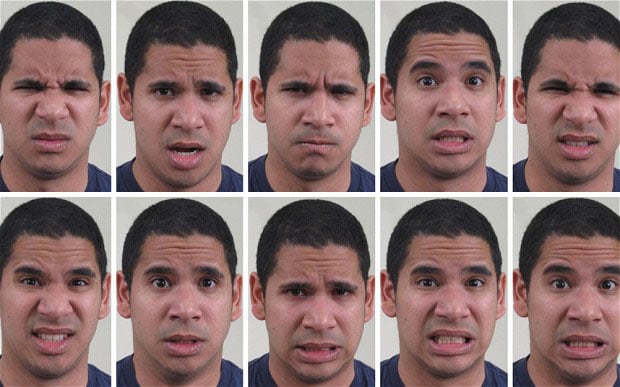 How many human emotions can you capture on camera? According to a study by researchers at Ohio State University, the number is at least 21.


Throughout history, it was believed that there are just a small handful of basic human emotions: happiness, sadness, anger, fear, surprise, and disgust. Aleix Martinez, an electrical and computer engineering professor at OSU, believed that there had to be more.

“Six seemed a small number given the rainbow of possibilities of feeling and expressing emotions,” he tells TIME.

To investigate this issue, Martinez turned to photography and some fancy computer vision software. The researchers recruited 230 volunteers to pose for simple portraits. Each photograph was captured after providing the subjects with scenarios to respond to emotionally — things like smelling bad odors or hearing surprising news.

After capturing 5,000 different portraits, the team fed them to a computer for analysis of facial muscles. This technique revealed that there exist 21 distinct complex emotions that are common to humanity.

Newer digital cameras often have “smile detection” for automatically snapping portraits when smiles are seen in the frame, but “happy” isn’t always the look photographers want. Perhaps in the future cameras will include advanced face detection features that can trip the shutter when you look “fearfully disgusted”.