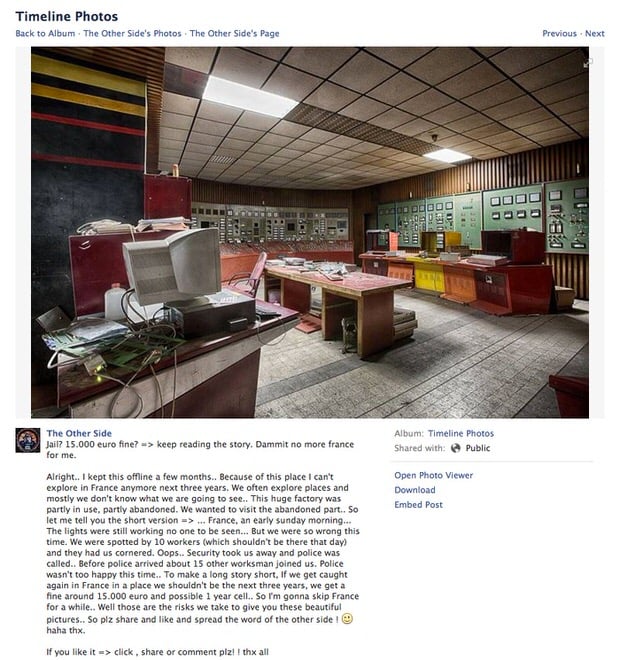 The dangers of urban exploration photography are well-known. However, despite this danger, it’s not often we hear of any big names in Urbex photography having major accidents or run-ins with the law. That changed a bit this week when a photographer who goes by the pseudonym The Other Side shared the story of how he was threatened with serious legal consequences for photographing a partially abandoned French factory.

After a few months of silence, presumably to let the affair blow over a bit, The Other Side took to Facebook a couple of days ago to tell the story of this run-in with the law that almost cost him 15,000 Euro and jail time.

You can read the full story here, but the important part is that, if he or any of the others who were caught photographing this semi-abandoned factory are caught trespassing again in France over the next three years, they’ll be fined 15K Euro and face a possible one year in prison. 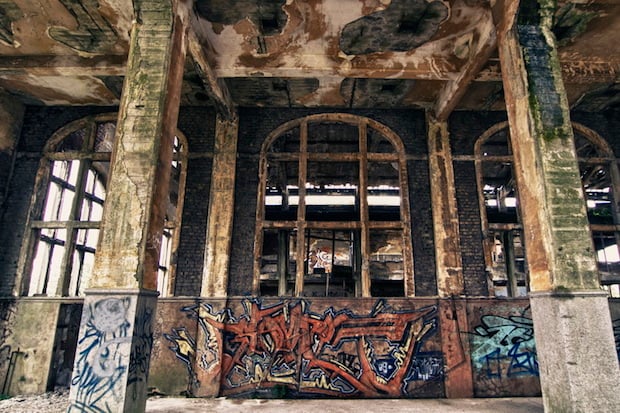 While this does serve as a bit of a reminder of the hazards of urban exploration photography, it’s also worth noting this is a rather isolated incident.

The structures that are photographed tend to not only be plastered with “No Trespassing” signs, but even more dangerously, unstable and capable of causing bodily harm — jail time and fines are not your only concern.

Fortunately for The Other Side and his companions, they were only given a warning this time around. And while he did say that these are “the risks we take to give you these beautiful pictures,” he also writes that he will “skip France for a while.”