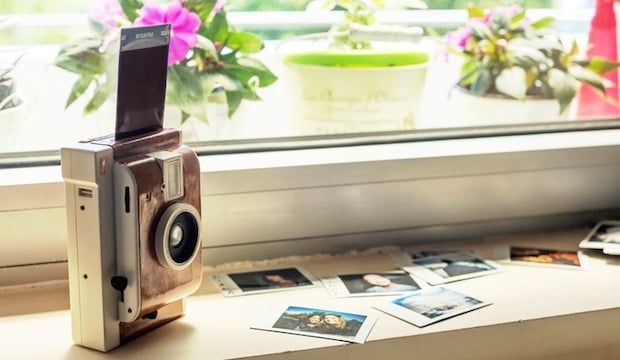 As of today, there’s a new name in the world of instant photography; a name you’ll definitely recognize; a name that you probably thought already made instant film cameras you just hadn’t heard of; Lomography.

That’s right, for all its toy cameras and DIY cameras and decorate-able cameras, Lomo has never made an instant film camera… until now. Introducing the Lomo’Instant Camera: basically a Fuji Instax camera that boasts some of the quirky features you’ve come to expect from Lomo. 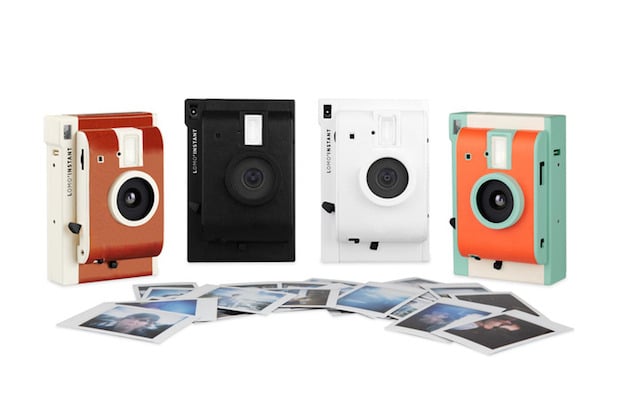 When we say that the Lomo’Instant Camera is ‘basically a Fuji Instax camera’ we’re not just naming a popular instant camera brand, the Lomo’Instant actually uses Fuji’s credit card-sized Instax Mini film — the same stuff that goes into the very popular Mini 90 that we reviewed not long ago.

It also features similar features like the ability to take photos in bulb mode and shoot multiple exposures in-camera.

Where Lomography’s instant camera stands out is in the customization options, both for the camera and the images it shoots.

The camera comes with a built-in wide-angle lens with a 0.4m focusing distance, but that lens can be swapped for a fisheye or portrait attachment (as seen in the GIF above).

And if the kind of customization that bulb-mode and multiple exposures offers isn’t good enough for you, you can slap a real-world filter on there in the form of a Lomo colored gel, which is placed over the camera’s flash.

The camera will allow you to shoot in three different modes: Auto Flash On, Manual Flash On and Manual Flash Off. The first will automatically meter the light and adjust the flash power accordingly, while the second and third both allow you to switch between “N” (normal) and “B” (bulb) modes with or without the flash.

You also have an exposure compensation dial that will let you select between f/8 (the brightest aperture in the Instant photography world, according to Lomo), f/11, f/16, f/22 and f/32. 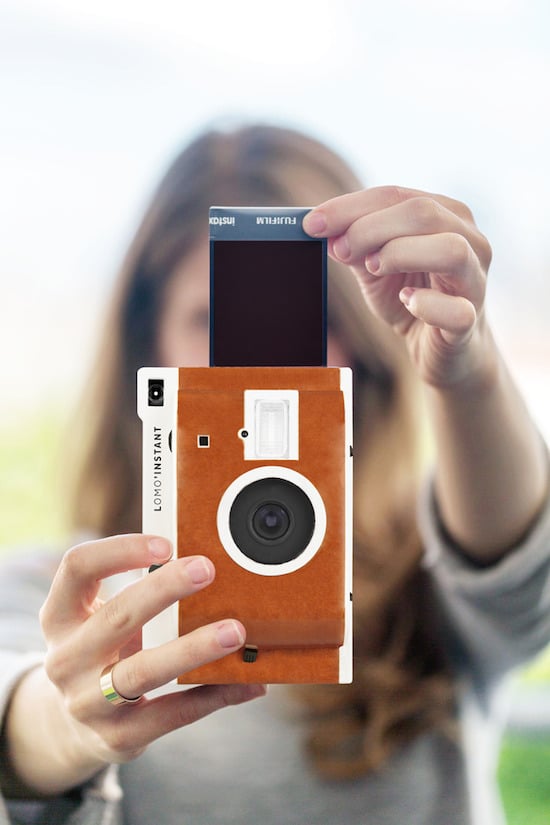 As with some of its previous new products, Lomography has taken to Kickstarter to gauge interest and get this project off the ground. And, of course, people are interested.

If you’d like to learn more about the camera or put down your pledge, head over to the Kickstarter campaign by clicking here.

Early Birds (read: the next 70 people who want a white one and the next 50 who want a black one) can grab one for $70. After that the price goes up $80, and the retail price once the thing is funded and up on the Lomo site will be even less of a bargain at between $120 and $150.