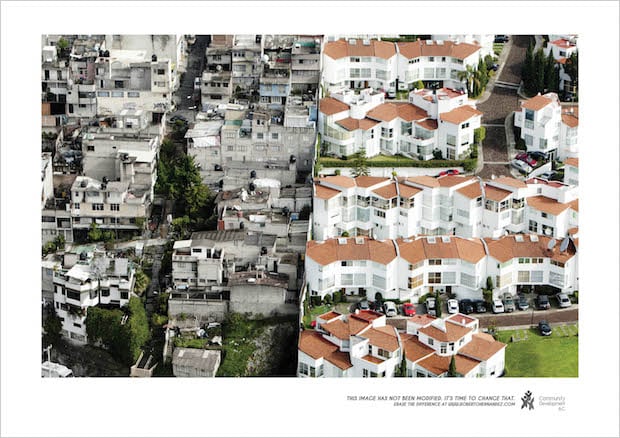 The gap between the wealthy and the poverty-stricken is very wide in Mexico, but that gap doesn’t necessarily translate into physical distance, as this striking ad campaign by photographer Oscar Ruíz and Publicis Mexico boldly illustrates.

The campaign, which goes by the name Erase the Differences, was put together to raise awareness, and includes four aerial photographs in all.

Each photo shows how close beautiful housing developments are to poverty-stricken areas, and even though the images are not Photoshopped, you would swear that at least a couple of them were composites: 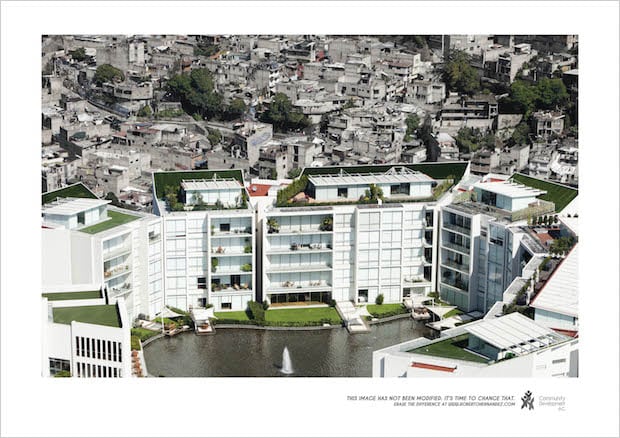 The photographs do most of the talking, but in case the point isn’t clear, each image is accompanied by a caption that reads:

This image has not been modified. It’s time to change that.

To find out more about this campaign, see high-res versions of the ads, or find out who all was involved in putting these together, head over to adeevee by clicking here.

Today Only: Get Zoner Photo Studio, a $90 Lightroom Alternative, for Free!

Google Unveils New and Improved Analog Efex Pro II, a Step Forward Into the Past