Editor’s note: We came across Duncan McNicholl’s work a while back and found it interesting, so we invited him to write a guest post regarding his project. His work has been featured by quite a few publications and websites in recent times.

Many people only experience sub-Saharan Africa through photographs. The teary-eyed child in rags is familiar to all of us as the portrait of poverty charities use to communicate a hopelessness in need of our pity and charity. I reacted very strongly to these images when I returned from Africa in 2008 after a 4 month volunteer placement in Malawi, working with Engineers Without Borders Canada. I compared the images I saw to my Malawian friends – people who embodied intelligence, resilience, and compassion – and I felt lied to.

It seemed that these photos presented by development organizations and the media were deliberately providing only one perspective of rural Africans like my friends in Malawi, which was despair.

This year, I returned to Malawi to begin a long-term placement with Engineers Without Borders, and I knew that in the course of my work I wanted to expose the dehumanizing way in which Africans are depicted through the media. Motivated by my work with EWB, I began a project to take two photos of the same person: one photo with the typical symbols of poverty (miserable look and ripped clothes, for example) and another of the same person looking their very finest. This juxtaposition shows exactly how an image can be carefully constructed to present the same person in very different ways. The project is making an unavoidable comment on how Africans have traditionally been represented in development sector photographs which, in many cases, could not be farther from the truth.

In undertaking this project, I have been collaborating with some of my Malawian friends, so I asked them how they feel photos from Non-Governmental Organizations and the media represent them. I found they held similar sentiments to my own on how photos are carefully selected to convey messages of desperation. The idea for the project excited them, especially when I asked them how they would like a photo to represent them at their best. They told me that photographers don’t usually ask.

“NGOs come to the village here to take pictures of people,” says Edward Kabzela of Chagunda Village, Malawi. “At church, at the market, on the road, at meetings. Only people who are dressed poorly.” 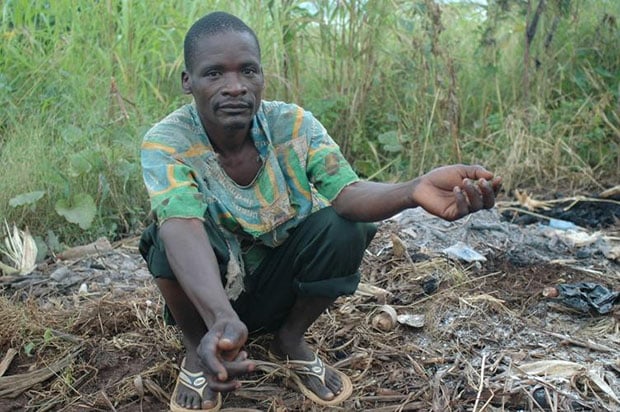 Edward Kabzela trying to look “poor” for the benefit of the project. 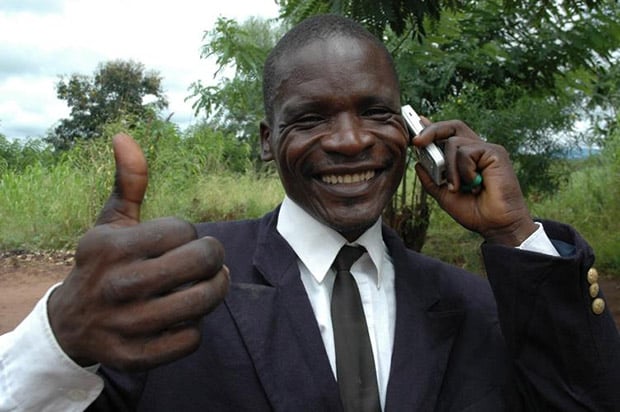 Although Edward lives in a remote village, he is a rural businessman and wants to be seen as one.

Signifiers of an impoverished person are subtle, but familiar in the first photo: a blank expression, torn clothes, and litter strewn around. The second photo conveys such radically different impressions of Edward that it is hard to believe it is the same person.

By compiling the subtle signifiers of poverty, NGOs and the media have built a public impression of Africa that obscures the true potential of its people. 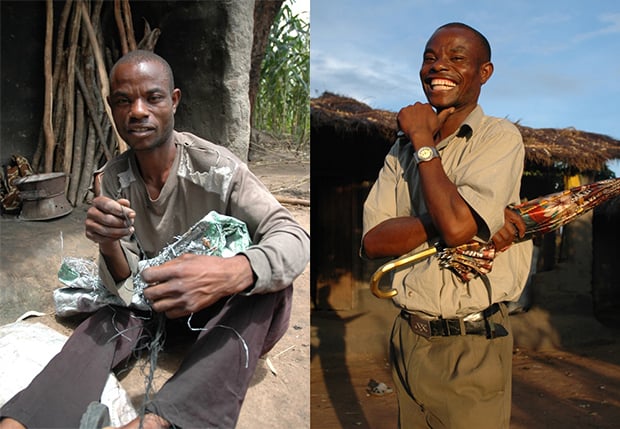 This photo project, which I am dubbing ‘Perspectives of Poverty’, is not to say that people do not suffer in Africa. Malawi is one of the poorest countries in the world, and we must not lose sight of the fact that millions struggle to get by. But how we interpret the lives of others is critically important since it affects how we support those struggling to overcome poverty. Poor does not mean undignified, in many cases these people are resilient, innovative and incredibly hard working – and should be represented as such.

It is here where photography plays a central role. As photographers, we hold tremendous power in deciding how to construct an image, especially when photographing an environment the audience is unfamiliar with. This power has been abused at the expense of those living in poverty to sustain an idea of development built on pity and charity.

A change in perspective is needed to see beyond the familiar stereotypes of poverty, and to see development a means of collaboration for investing in capable people. Collectively, we can initiate a shift in perspectives towards viewing the rural poor with the dignity and the respect that they deserve.

About the author: Duncan McNicholl works in Malawi with Engineers Without Borders Canada. He blogs at www.waterwellness.ca