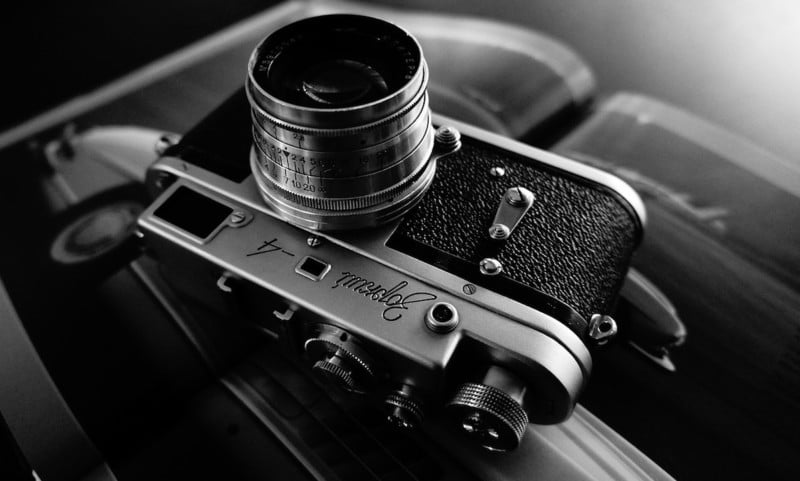 The ability of art to influence humanity’s collective consciousness has somewhat been masked in a veil of uncertainty. While it has been widely agreed upon among scholars of art history that art has always held an important role in the influence of beliefs, as in religion and popular opinion, it is important to try and understand art’s role in that influence.

Art is, historically, a method of expression by presentation; a way of understanding the world and translating it. For centuries, it has allowed the artist to convey ideas, concepts, and events in ways that words are incapable. It has also been used as a way to manipulate people—Kings and Queens are notorious for having commissioned painters and sculptors to interpret their likeness in a manner that maintains a feeling of strength, power, and control over the masses. It’s purpose was not simply artistic but, instead, it was meant to force those under rule to fear and respect their leader.

But where does modern photography fit into this mold? With the increasing popularity and accessibility provided by digital photography, can a photograph actually create the sort of change that the masterful pieces of the past are believed to have been capable of?

Photography has always held an important role in society’s translation and understanding of specific, global events. From Nick Ut’s “The Terror of War” that depicts a young girl in Vietnam after her village was sprayed with napalm, Nilüfer Demir’s photograph of a drowned Syrian boy attempting to escape the horrors of war, to Matt Black’s “Geography of Poverty”, which works to increase awareness of poverty in modern-America. All of these photographers’ images have one thing in common: they have helped to increase our awareness of issues around the world and, quite possibly, they’ve been capable of affecting the way decisions about those issues have been made. While their accomplishments may never be proven, it is important to investigate the correlation between these images and the change they so desperately fought for.

Nick Ut’s “The Terror of War” has long been suspected of ending the Vietnam War. While that is impossible to prove, it did influence the growing speculation of cruelty during the war and sparked public outrage. Shortly after the image was published, the war in Vietnam came to a halt. Many people believe that once the world was exposed to the faceless brutality of that conflict, personified in Ut’s photograph, the veil was lowered and that led to the inevitable removal of American troops in Vietnam. In this case, it is easy to form an opinion on how a photograph can create change. The terror of war, captured within a fraction of a second, was felt the world over.

Likewise, the photograph of the drowned Syrian boy by Nilüfer Demir is just as visceral as the harrowing image of the Vietnamese girl running for her life. When this image spread around the world, it showed us the realities of the war in Syria and the refugee crisis. It hit us hard with reminiscence of our family members, many the same age, who could just as well be in that position. We saw the human cost of the refugee crisis. We demanded our governments allow in more refugees and to save them from their hapless fates. David Cameron, then Prime Minister of the United Kingdom, heard those cries. He agreed to allow in even more refugees. Thousands of lives may have been spared because of an image. An image proved that we could do more, that we should do more to help these people. Their survival depended on our sympathy and that photograph helped us all to have some.

In many cases, however, it isn’t this clear how a photograph can create an impact on the world. With many towns and cities around the United States shouldering the burden of poverty rates above 15%, Matt Black set out to document them.

Roaming the country and covering more than 70 towns and cities, Black photographed the face of American poverty. These images are unequivocally powerful. They confront their viewer with a tale of how greed, power, and corruption crippled a once-great nation and those suffering in the shadows of those towering failures. Images like these force us only to look in the mirror and recognize how our ignorance and refusal of the facts has led us down a deep, dark road that can only be escaped by the long and daunting task of changing our ways.

Likewise, when photographer Stacy Kranitz first decided to point her camera at Central Appalachia, a region riddled with poverty and twisted media stories about the destitute conditions faced by a population crippled by a little education and racist sentiments, she wanted to explore and dispel these rumors while also telling a story about humanity. Kranitz doesn’t believe that her images will particularly change anything. All that she can hope for is that they add to the larger conversation around these issues and maybe that we can approach these issues from a more educated perspective.

I don’t pretend to be making photographs to “help” people. It is a fallacy. But I do sometimes believe that when the images are shared they can illuminate aspects of a life that is overlooked and they can be part of a larger conversation about how we overlook certain people.

These images serve as an anthropological record; depicting the life of certain people and allow us insight into the complexities of human nature. It is not on anyone to call for an end to their poverty, or impose on them a life that we deem fit. The kind of change these images are capable of is simply allowing the viewer to see these people for who they really are, and to help the viewer accept them for that.

Other photographers, like Natalie Keyssar, have come to the same realization. Keyssar’s work spans diverse subjects like youth culture, activism and politics. She doesn’t believe her images are going to change the world. Nor does she believe that they should. Much like Kranitz, she only wants to make work that “will increase understanding and is presented with words and in edits that can inspire or move viewers towards a productive dialogue or higher understanding.”

Photographers have repeatedly attempted to achieve just this over the medium’s entire lifespan. We know an image can be viewed or interpreted in a way that twists its original meaning but, at the end of the day, this is our language and this is how we convey what we see to the world.

What’s paramount to photography as an agent for change is not only its context, nor is it the subject matter. The driving force behind its power is the humanity that surrounds it, and the willingness of the people to not compartmentalize the horrors or the truths they see but, instead, to allow it to seep into their lives and influence the framework in which they make decisions. Such an important responsibility is often a feat that goes unrealized.

Photographer Leslie Stone is a veteran photojournalist who has covered countless conflicts abroad. Currently, his work has focused on the war on our environment by companies dedicated to fossil fuel extraction. This has been some of his most challenging work, yet he isn’t sure his photography is capable of creating any lasting change. “Maybe it can create change,” he says, “but it takes decades to be realized.”

All that photography can do, all that is guaranteed, is serve as a reminder of the horrors we’ve experienced, and maybe that reminder can serve as a lesson from which we can start a dialogue for social progress.

Photography can be an agent for change, but it is not always so black and white. It’s not always the statue of a murderous dictator tumbling to the ground, or a withdrawal of troops from a war-torn area. Many times, change has shown its face as the acceptance of another way of life. It’s the gathering of different minds, all willing to accept the facts and to accept each other. To further the conversation on the human experience, the kind of social progress we desperately need.

We are all the same, and at the end of the day photography allows us to realize this salient fact and accept each other. Our trials and tribulations are ever etched into our collective consciousness, preserving the history of man through photographs that speak truth to our condition.

Photography shows us what it means to be human, and what it can mean to have humanity.

About the author: Alex Thompson is a documentary photographer living in California’s Central Valley. His work focuses around environmental issues and the social consequences of environmental degradation. His work has been featured in publications like LA Weekly and The Guardian US and he is currently working on long term projects documenting the effect of extraction in Wyoming and life in communities along the SF Bay-Delta. You can find his work at www.alexthompsonphoto.com or on Instagram @alexthompsonphoto.

This Photographer Builds Her Fantasy Worlds by Hand, No Photoshop