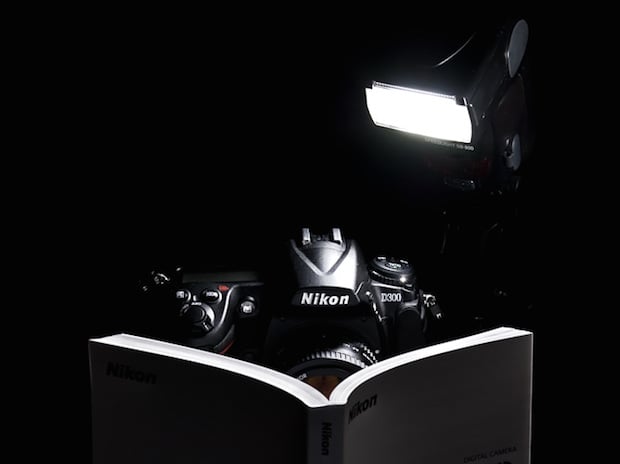 When it comes to the world of photography lighting education, one name that comes up more than most is Strobist. With the simple tagline, “learn how to light,” photographer David Hobby’s publication has come a long way since its inception in April of 2006… and it went a little further still today.

One of the most helpful and well-known series of content on Strobist is Lighting 101. The goal of the series was to familiarize people with their lighting equipment: how to use it, when to use it and how to get the most out of every photon.

However, as Hobby explains in his latest series, Lighting 101 and its successor Lighting 102 were only the beginning.

Where do you go from there? While many people seem to think it’s Lighting 103, according to Hobby, that’s not the case at all:

Lighting 103? There is no Lighting 103. That’s like saying, “When do we get to learn more of the alphabet,” when what you really need to do is to figure out what you want to say and start writing with the 26 letters you already know. “When are we going to learn more about hammers?” You know plenty about hammers. Hit the nail straight. Don’t hit your thumb. Now build something.

Instead, Hobby has announced a new idea and accompanying series called Ecosystems 101. E101 will be about finding a direction and purpose in how to use the knowledge gained in Lighting 101 and 102:

For those who want to try to nurture a more purposeful life as a photographer, Ecosystems 101 will try to spark that discussion. If Lighting 101 is the how, the E101 is the what, and the why.

There are eight parts in the series so far, covering topics that range from “Who Are You and What Do You Want?” to “Forging a Sustainable Path,” and Hobby promises that this too will grow and become more refined as time goes by.

In a world where acquiring skills and ability, much like acquiring gear, can become a way to indefinitely avoid figuring out what you want to actually do with those skills, we think Ecosystems 101 will be a huge hit and a wonderful resource.

To find out more, check out the Intro to E101 by clicking here. And if we were you, we’d carve out some time… it’s not likely you’re just gonna stop after the Intro.

Image credits: Getting Up to Speed – Nikon D300 by Conrad Castelo

Hypnotic Slow Motion Footage of a Tattoo in the Making