Put together by cinematographer Alec Weinstein, this head-to-head test video puts two unlikely competitors head to head in a battle royale: the Canon 5D Mark III (a $3,500 DSLR) and the Samsung Galaxy Note 3 (a $600 phone).

While these two “cameras” will never truly be debated over for use in real-world situations, as one is built for video and one features it as a bit of an after-thought, it’s interesting to see just how close the footage can be from devices that feature a $3000 price difference. And what makes this comparison worth the look is the details that went into comparing the two, with Weinstein meticulously making sure as many details as possible were the same. 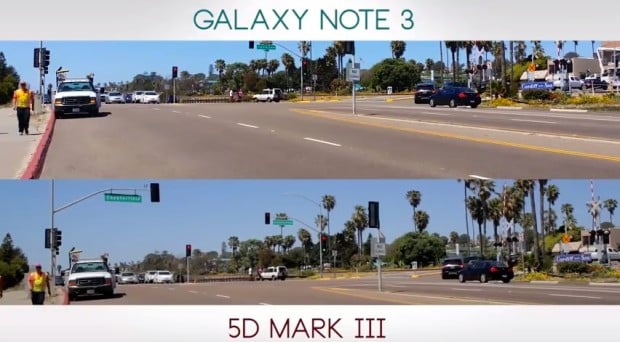 As you can see from the screenshot below, not only were the parameters set up to be similar, but Weinstein made sure to grade the footage so it was similar in style to the Galaxy Note 3. 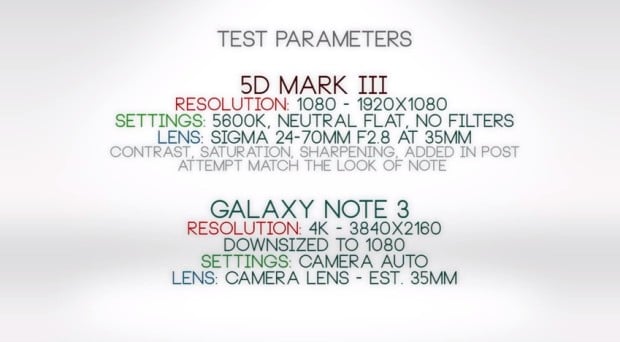 Weinstein eventually concludes that the Galaxy Note 3 seems to be better in terms of value for your dollar, noting that for around 85% less money being spent, you get a better resolution, impressive image quality, and macro coming ready out of the box. 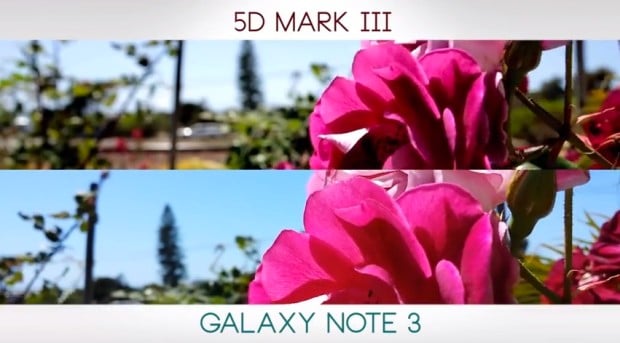 So, while we’ll state again that it’s no comparison for what to use in particularly demanding situations, there is certainly some value in noting and comparing just how far technology has come to where a phone is even possible to compare to a full-fledged camera.