The video above is going viral, and as soon as you watch it, you’ll understand why. Filmed Thursday by a Vancouver man named Dwayne Stewart, it shows how a couple of Air Canada baggage handlers ‘handled’ the carry on luggage that had to be gate-checked because it wouldn’t fit on the plane.

We’ve told you before: if the flight attendant asks you to check your bags at the gate because they won’t fit in the overhead bin, take your camera equipment out before you hand your carry on over. If you ever doubted the wisdom in that advice, this video should convince you otherwise.

Air Canada is reportedly looking into the situation, and since they have the specific flight number, it’s very likely the parties responsible will be fired or disciplined before long. That’s all well and good, but the question on my mind is: how many baggage handlers haven’t been caught on camera doing this? 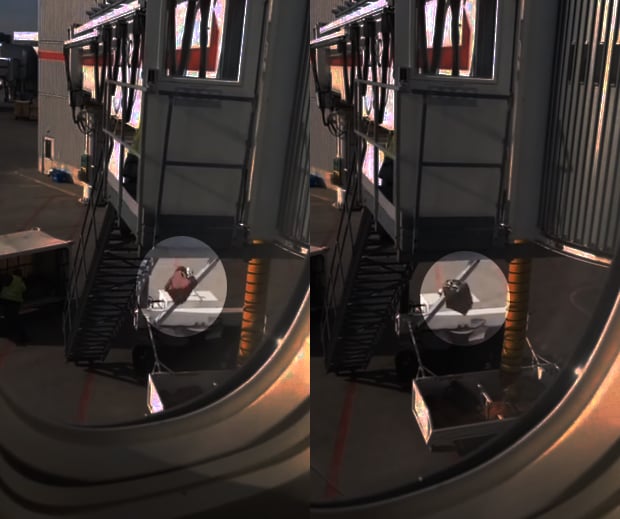 Since we won’t ever know the answer to this question, you may want to heed the advice of Reddit user c0reyann over on r/photography:

Go up to the desk as soon as you get to the gate if you aren’t in the first boarding group. Tell them you are carrying expensive equipment (I also usually toss in that I’m flying for a wedding b/c no one wants to f*** a bride’s day up) and ask if there’s any way you can board with an earlier group b/c you cannot check your gear. Most airlines have a small line in the contract stating they aren’t liable for any video or camera gear that is checked and it includes planeside checking. More often than not, I’ve been permitted to board with first class or the member club group.

Wise words. If you have any additional tips for your fellow travelling photographers, feel free to drop them in the comments down below.