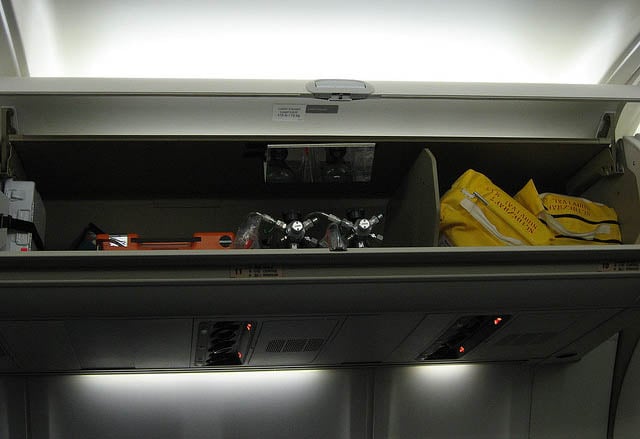 When overhead bins on airplanes fill up, flight attendants will often ask passengers to gate-check their carry-on bags. If this happens to you, be sure you take out your camera gear out of your bag prior to handing it over to the attendant. It’s not just for peace of mind in knowing that your gear isn’t being thrown around and abused: major airlines generally have provisions in their contracts that keep them from being held responsible for electronics in checked bags. If the camera is damaged or stolen, you might be out of luck.


In a travel advice column over on the Chicago Tribune, a reader named Haijun Shan writes that his camera was recently stolen on a US Airways flight after this exact situation occurred.

He was planning to carry his camera with him in his carry on bag, but had the bag quickly taken away by flight attendants once space in the overhead compartments ran out. When he arrived at his destination, he found that his camera had vanished. US Airways, citing its checked bag policy, refused to reimburse Shan for the camera.

Luckily for Shan, Tribune writer Christopher Elliott was able to appeal to the airline on his behalf and have the cost of the camera covered, but other travelers might not be so lucky.

Let’s take a moment to understand what probably caused this problem: luggage fees. If airlines included the first checked bag in the price of their tickets, then more passengers would check their bags, freeing up overhead bin space.

If you’re ever in a situation like this […] try to slow things down. The attendant is in a hurry, preparing the cabin for departure. But you aren’t. Don’t let go of the bag until you’re sure all of your valuables are with you.