This year, I was ready. I had gathered the necessary equipment, made sure I scheduled in time for an afternoon nap and did my research so I would be ready for this whole ‘blood moon’ thingy. Then: disaster.

If you were in the Jackson, MS area yesterday you’ll know that the entire day (and in fact the night before) was spent being battered by both a fierce thunderstorm and constant updates from the National Weather Service letting you know that the flash flood warning had been extended… again.

Not everyone was thwarted in such a spectacular fashion, but I have a feeling I’m not the only shutter junkie who missed out on the first of the lunar eclipse tetrad because of cloud cover… and that’s not even mentioning the ones who just forgot or slept through it. 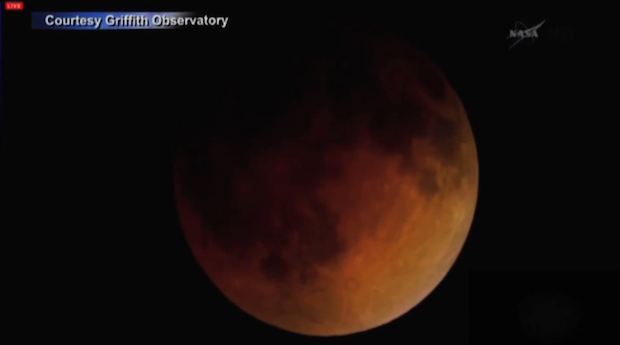 But fear not, NASA’s got your back — time-lapse style. The Griffith Observatory in Los Angeles, CA was not hampered by clouds last night and the folks running it were kind enough to put together a time-lapse video of what they saw.

As the video description says, it covers everything “from moments before Earth completely blocked the Moon’s view of the Sun until full totality when the moon is fully bathed in ‘umbral shadow.'”

It’s no replacement for having a memory card full of your very own images, but it’ll have to do if you were unable to capture this one. And like we said before, this is far from your last chance. Mother nature has been kind enough to schedule three more of these displays over the next two years.

So check out our previous coverage to find out more about these types of eclipses and where exactly you need to mark your calendars.