It seems CNN is planning to do a whole series with famed portraitist Platon, because only a couple of weeks after they released his BTS account of the portrait he took of Vladimir Putin, they’ve put out another, much more powerful video. 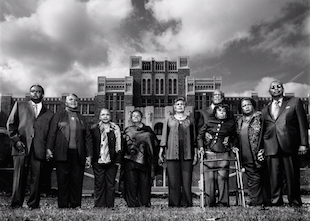 If there was a takeaway from the Putin BTS, it was that you should always go in with a plan, and that a talented portraitist can draw an intimate moment out of even the most closed off and reserved of people. This video has no such photographic takeaway. It goes deeper than that.

The portrait that Platon was taking was of The Little Rock Nine — the nine civil rights heroes who, as high schoolers in 1957, enrolled in the then racially-segregated Little Rock Central High School — reunited once more in front of the school they had once been blocked from entering by protesters.

The best part about the image is that, in Platon’s words, a “social mistake” turned into a “moment” that was truly powerful. In telling one of the nine to lower her chin to match up with the rest of the group, he inadvertently insulted a 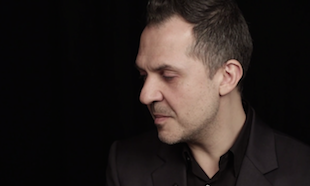 civil rights hero and prompted the rest of the group to raise their chins, and hold hands. That is the moment he caught on film.

What came out in the end is a powerful recreation of a historic moment. Once again, the Little Rock Nine stood united, heads held high, presenting a mighty, courageous and compassionate front. And as it turns out, it was also the last time they would all be together before one of the nine passed away.

Sony Reveals Insane A7s Low-Light Demo, But How Much Will Night Vision Cost?