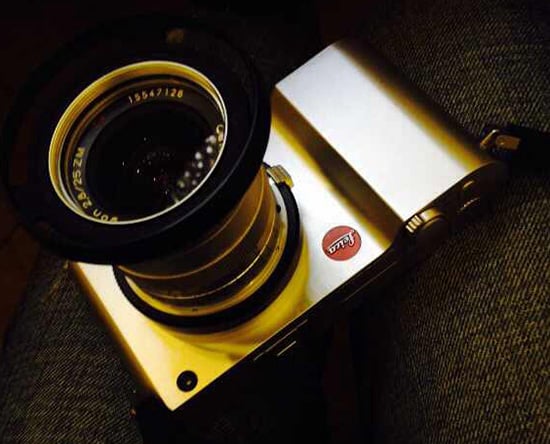 The rumored, 4K capable Sony A7s that we’re supposed to see for the first time tomorrow evening isn’t the only mirrorless camera set to drop in April. The Leica/Panasonic partnership is also working on a mirrorless shooter — the long-rumored Leica T Type 107 — and we just got to see our first picture of it thanks to the folks at Leica Rumors.

In addition to the photo, which you can see above, leaks include that this will not be based on a current Panasonic model and will launch with an APS-C sensor, touchscreen LCD, built-in WiFi, optional EVF and an adapter that will let you use Leica M glass.

According to LR, the camera and lens kit will cost $3,000 and should be announced officially April 24th.