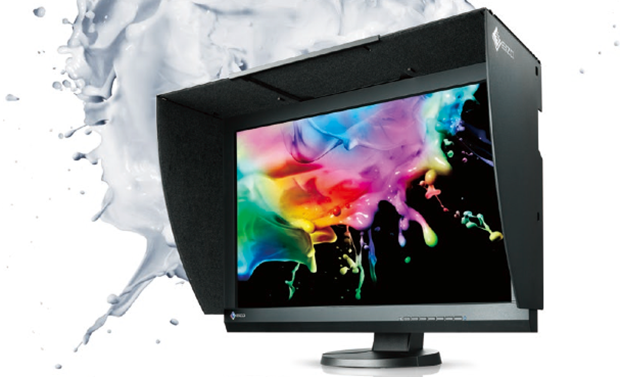 Looking to make the lives of photographers across the globe a little bit easier, high-end Japanese display company Eizo Corp has unveiled two new ColorEdge-series monitors that are sure to raise a few eyebrows.

Directed at the world of visual artists, these new monitors — in combination with their new cloud-based color management system — create a wonderful solution for those wanting perfect color management with minimal fuss. The higher-end model, the CG247, is the one aimed at the professional photographers and videographers in the world. It features a unique calibration system and some extra features for video-production.

The SelfCalibration Sensor system allows the monitor to automatically calibrate itself on a predefined schedule, regardless of whether the monitor is being used or even on — so long as it’s plugged in. The sensor is hidden in the bezel of the display and swings out when time to calibrate itself. If you have an external sensor you use for other monitors, the display can also be set up to utilize that.

Another feature specific to the CG247 is Eizo’s proprietary Digital Uniformity Equalizer technology, which automatically fixes uneven backlighting, chromaticity, gamma correction, as well as support for 10-bit DisplayPort graphics cards and a shading hood that will fit the monitor in either landscape or portrait orientation. 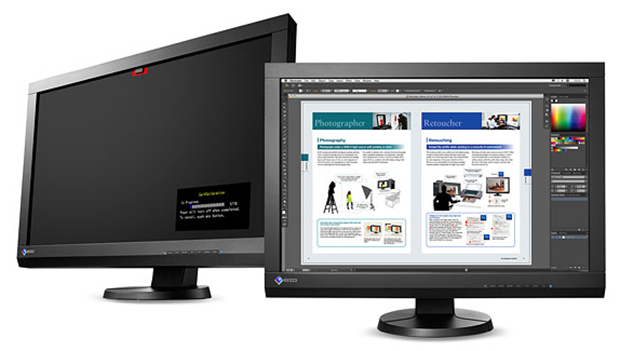 The lower-end model, the CX241, is intended more for the hobbyists and enthusiasts among us, featuring the same calibration sensor, but which only works after initially calibrating it with an external sensor. Also missing are some of the video features present in the CG247, but other than that there’s not that much of a difference between the two models in either looks or specs.

No pricing is set for the Eizo CG247 or CX241, but their availability is said to be “immediately.” So, we’ll anxiously wait to see how much these beauties will set us back.