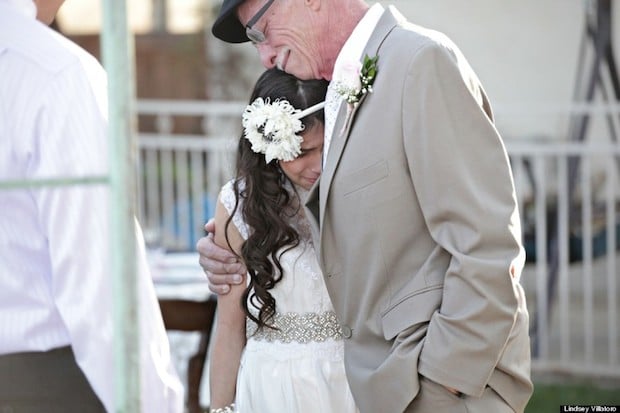 Photographer Lindsey Villatoro of Lovesong Photography recently did something that is warming the hearts of the entire photo community and beyond: she gave a daughter the surprise of a lifetime when she put together a ceremony where her dying father got the chance to walk her down the aisle — something he very likely won’t get to do again.

Villatoro is a wedding and portrait photographer who spends her free time working with charities and cancer organizations to give the gift of photography to terminally ill patients and their families. That’s how she met the Zetz family.

Jim Zetz, 62, has been diagnosed with stage 4 pancreatic cancer, and so he and his wife Grace scheduled a photo shoot with Villatoro. During the shoot she found out that their daughter Josie would be turning 11 on March 14th, and so she offered to do something for her as well.

When she got home she posted the story to her website to see if she could raise some money or gifts for Josie’s 11th birthday. This could be the last birthday she gets to spend with her father, and Villatoro wanted to make sure it would be extra special. 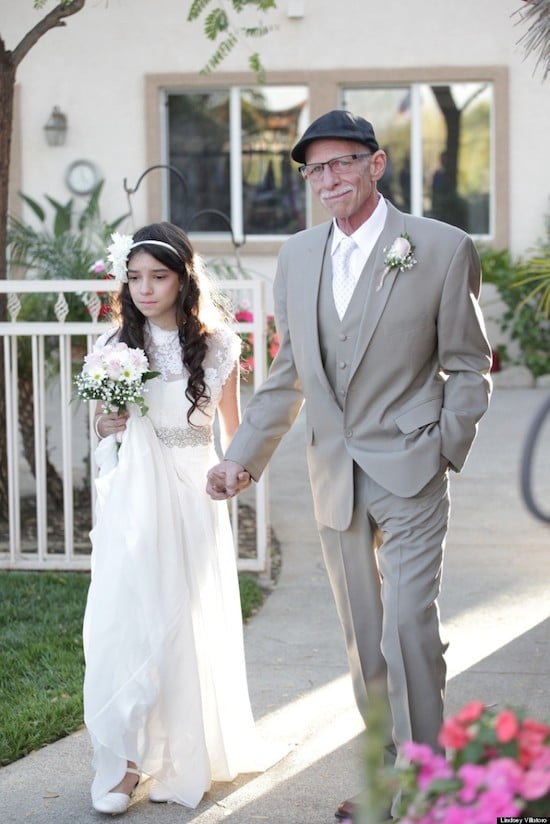 That’s when an idea struck. Why not give her something every little girl deserves? After speaking to Josie’s mom, the plan began to take shape: they would create a surprise wedding for Josie so that she could have her father walk her down the aisle.

In 72 hours, Villatoro was able to bring together a wedding dress from L.A. Fashion Week, catering, flowers, tux, hair, makeup and more, all donated by her local vendors. There was even a wedding cake and promise ring. In all, Villatoro tells us, “she received over $2,000 in birthday presents from my clients,” and not a cent was spent to bring the event together. 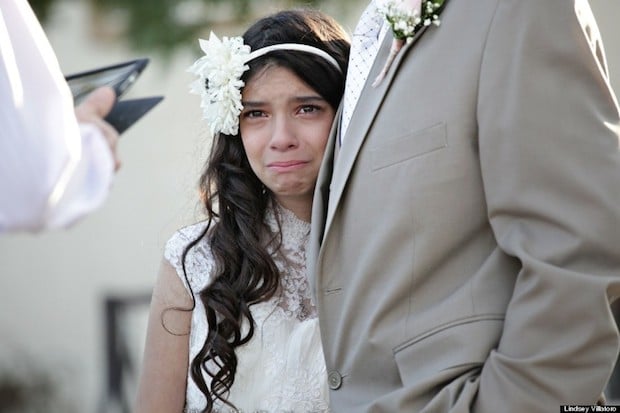 Villatoro didn’t even meet Josie until the day of the wedding. “She was a little bit overwhelmed when her mom picked her up from school and told her,” she tells the Huffington Post. “Later, she said, ‘This is the best day of my life.’ She was very glad and excited to have these moments.” 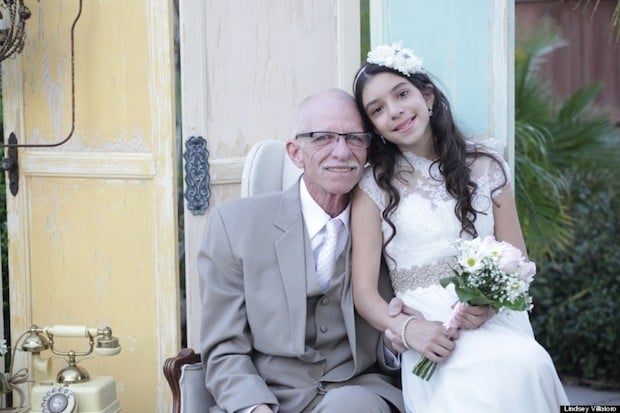 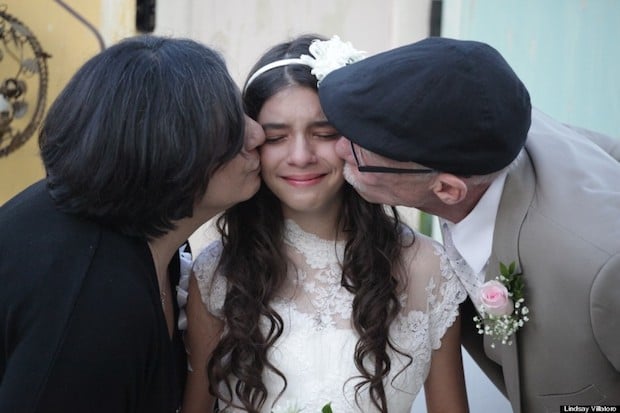 The story has since gone viral and been picked up by the Daily Mail, the Huffington Post and, now, photo blogs and other publications. It’s a story of hope, of photography coming together for a higher purpose, of visual storytelling at its best. Something we’re intimately familiar with, and never fails to touch our hearts.

To top off the experience, Villatoro also put together a video slideshow of highlights from the full day called “Walk me down the Aisle Daddy.” If you haven’t cried yet, we suggest you get the tissues ready:

Villatoro has said that her goal with photo shoots like this is “to preserve that person. Most people focus on the death and not the beauty of that person, who they were and the memories that they leave.”

It’s just our opinion, but we believe her goal shines through in these photos beautifully. This isn’t a photo and video about death, but about life. About a father who is leaving behind a beautiful memory for his daughter, that we’re sure she will cherish long after he is gone.