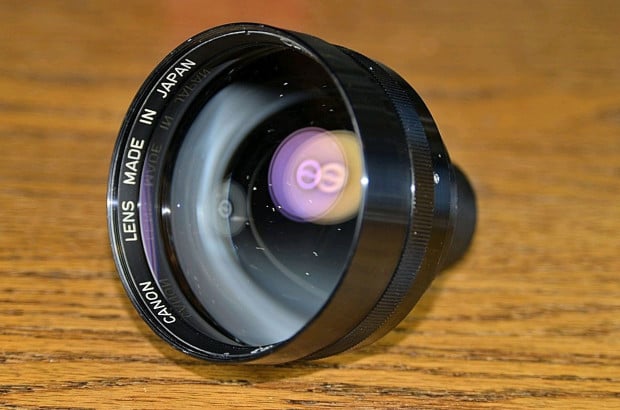 Apparently NOT April Fools’ joke, the world’s fastest purchasable camera lens looks to have been posted — and now sold — on eBay earlier today. Supposedly in impeccable condition, with all caps and T-mount adapter included, the Canon 50mm f/0.75 went for a rather measly $500 in a quick “Buy It Now” purchase.

While there are other f/0.75 lenses out there by Carl Zeiss and even the infamous f/0.7 used by Stanley Kubrick, those are all atypical lenses meant for X-ray applications, or in the case of Kubrick’s, a one-off edition for NASA.

Two stops faster than the gorgeous Voightlander f/0.95, this beauty would be perfect for mounting on your Micro Four Thirds camera body. But, as 43 Rumors points out, from the samples images that can be found on Flickr and Rakuten, no one seems to have tossed it on one yet.

GoPro Announces a New Software Update Alongside a Barrage of Accessories