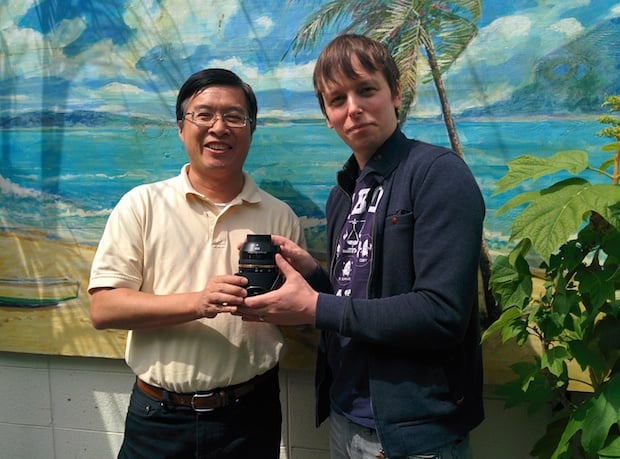 Stolen gear registration and recovery service Lenstag reached a major milestone last week when they successfully recovered and returned a stolen lens to its rightful owner!

For those who have been following the Lenstag story from the beginning, you know what a big deal this is. It’s essentially proof of concept that registering your gear with the system and building up a database isn’t just a fool’s errand: it can actually help you recover gear you’ve had stolen from you.

Big fat case in point is Mr. Siyad Ma, who you see above being reunited with his precious Tamron 24-70mm f/2.8 lens. 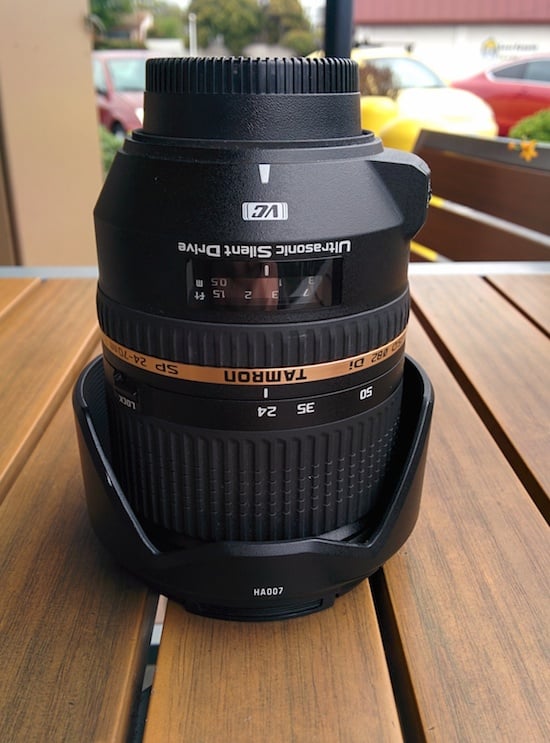 The story goes something like this: On February 22nd, Siyad had his camera bag stolen out of his car while visiting USC in LA. Three days later, the thief sells the stolen lens to an aspiring young photographer by the name of Philip Martin, who spent nearly $1,000 on it.

A month later, Martin decided to run the lens through the Lenstag database and, lo and behold, finds out that this lens had been stolen! That’s when things get really ethical, because rather than holding on to the piece of glass, he selflessly gets in touch with Lenstag founder Trevor Sehrer and offers to give it back to the original owner FREE OF CHARGE.

Here’s a picture of Sehrer picking up the lens at the selfsame coffee shop where Martin unwitting bought the stolen lens from the Craigslist thief: 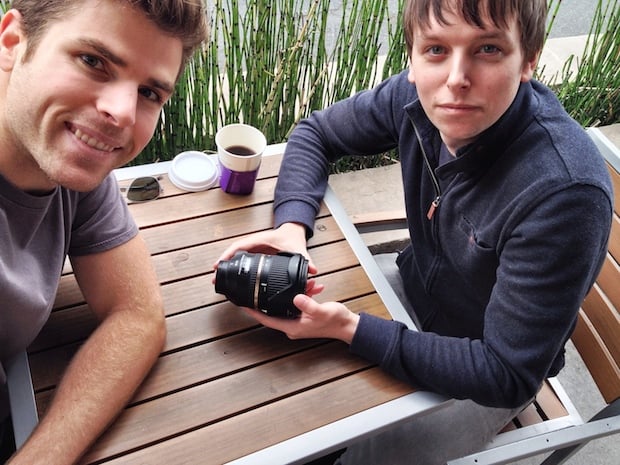 The lens finally made its way back to Siyad yesterday afternoon, making everybody’s day a bit better and reinvigorating our faith in humanity. That being said, Martin is almost a grand in cash lighter for his altruism, so if anybody knows of any second shooter or assistant gigs in LA, head over to his website and check him out… as Sehrer put it, he’s “possibly the most ethical person in the world right now.”

And if you’ve never used Lenstag or you don’t even know what it is, now might be the best time to learn more and sign up. It’s totally free, and who knows, you might end up benefitting from this if you ever have your gear stolen — it happened once, it can happen again… and hopefully again and again and a few hundred times more after that.

From Bottles to Wall Art: Adorn Your Walls with Prints Made from Recycled Bottles

Philips OneSpace Can Convert Your Entire Ceiling Into a Softbox