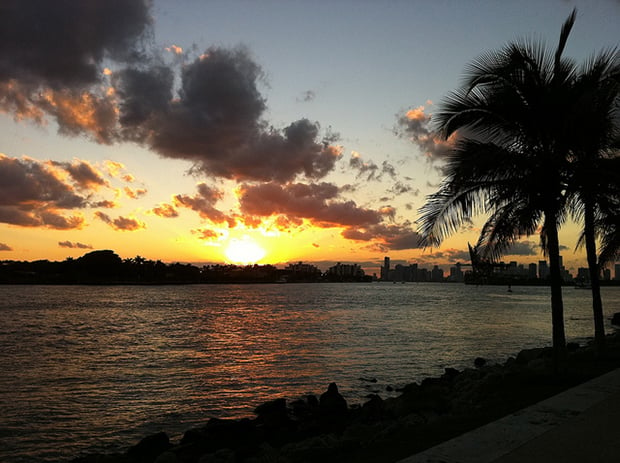 There are a few photos that every photographer takes in their lifetime. It doesn’t matter who you are or where you came from, you’ve taken these photos or will take them one day in the future. They’re mostly tired shots we’re all probably best avoiding, yet none of us can. Even having read this, someday you’ll catch yourself mid click, snapping off one of these photos.

Yes, much like the proverbial photographic flame to our poor, moth-like eyeballs, these photos have an allure we can’t deny. No matter how self-aware or disciplined we are, we’ll forever be incapable of escaping the seven photos every photographer takes. 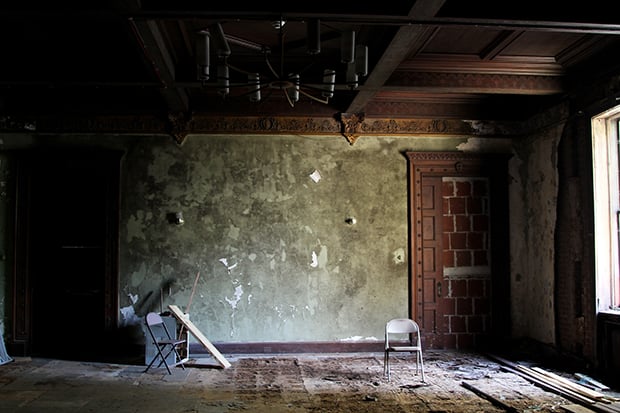 The one silver lining of the recent economic downtown is it’s providing a lot of abandoned buildings for budding young photographers to sneak into.

I think most of us remember that thrilling sensation when we  first crawled through a window or scaled a minor wall to sneak into an abandoned building. It was an exciting moment. Not only were we going somewhere forbidden but we going to capture the true seedy underbelly of our city. This wasn’t some pretty studio portrait, we were exposing the grit and dirt of the real world.

Except we did it in the middle of the day because that place is super scary at night. 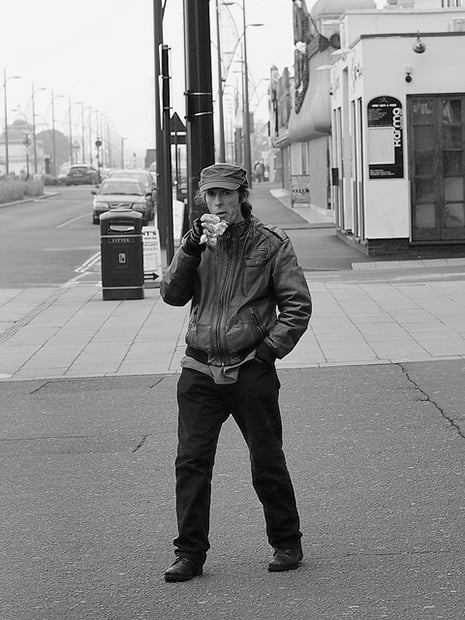 See that guy over there, standing on the street corner? The one with the haggard, cracked skin and down-on-his-luck look on his face? He would make for an excellent photo, wouldn’t he? But we mustn’t disturb him, talk to him, or even go relatively close to him. We’ll shoot the photo from waaaaay over here… across the street.

Don’t worry, this is why you bought a zoom lens, to avoid as much human contact as possible. And I’m sure the photo will look just as good with the top of that cab in the foreground. 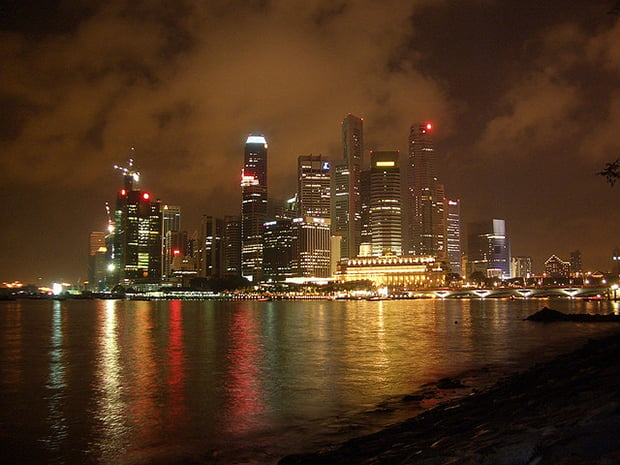 If you live anywhere near a downtown area and have a camera or smartphone you’ve likely taken a photo of the city skyline. It was probably while the sun was setting or rising behind those tall majestic buildings. It was a beautiful sight that had to be shared.

Except whenever you go to show it to somebody they immediately show you their photo of the exact same thing and you’re reminded of that time you got the nautical star tattoo in college to prove your individuality. 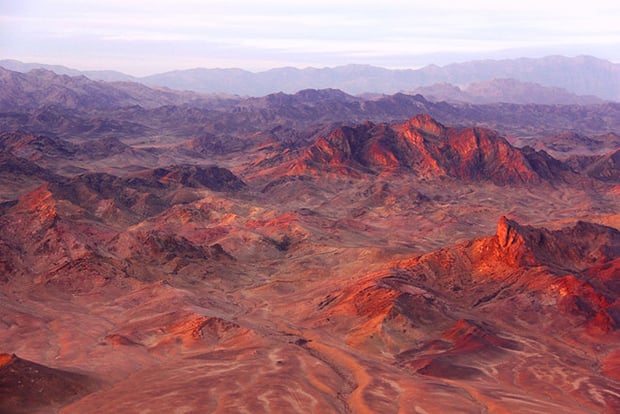 If you don’t live near a city or if you’ve ever ventured outside of your downtown metro area than you’ve probably taken nature’s equivalent of the “city skyline” photo. That is: the mountain range photo. Once again, you just found yourself so captivated by the sheer awesomeness of the staggering mountains Mother Earth shot into the sky that you just had to capture them.

This photo, much like a lot of others on this list, is often followed by a sobering moment somewhere down the line. It’s that moment when you show your photo to someone else and expect them to be as blown away as you were when you witnessed this gorgeous sight in person. Except, unless you’re Ansel Adams, you’ll often be met with an underwhelming “oh, that’s pretty cool” or some other filler comment.

This is because you’re not Ansel Adams, and all you’re really doing is bragging about your vacation. 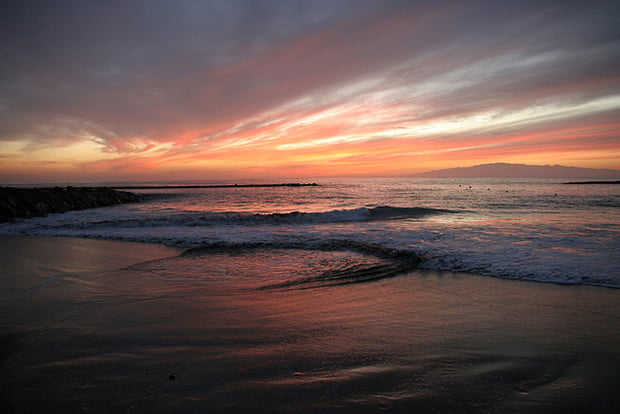 It’s like the crack cocaine of photography. You’ll hate yourself while you’re doing it but you can’t help it, it’s just so damn beautiful. It can’t be helped. Trust me, I should know, I used to live in Miami. 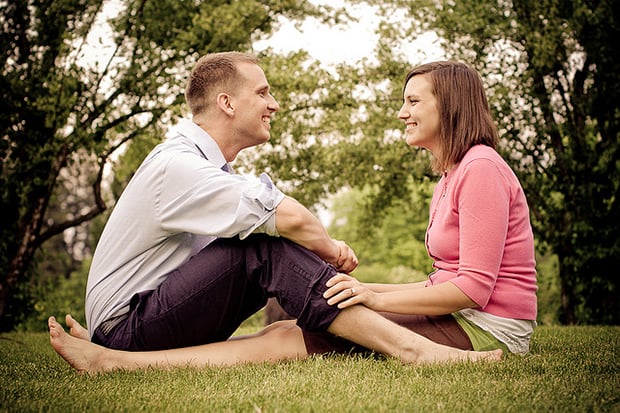 This is another photo that almost can’t be helped. As soon as your friends fall in love they’ll call up their photographer friend for a quick “favor” and some free “look how in love we are don’t you just want to vomit” photos.

The first time or two you might say yes, but then you’ll fall in love and you’ll want somebody to take your photos. But all your friends suck at taking photos and they’re blurry or cropped in weird places or back-lit… aw hell, you’ll just do it yourself. Except now you look sweaty in your photos because you had to run to get in them in time, or you can see the remote in your hand, or worse your arm is extended out holding the camera in every photo.

To hell with it, just photograph your boy or girlfriend by themselves. They’re beautiful, you don’t need to be in the photo too. Look how lovely they are. Alone. Without you. Dammit. 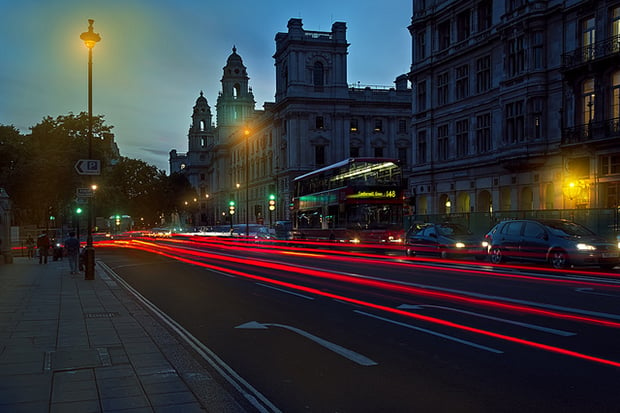 Also known as the “weeeee, look at the light trails” photo, this is a photo that’s often fired off from the top of a building looking down on a busy city street. You’ll probably take it near the beginning of your photographic journey, right as you’re really learning about the power behind your camera’s lens and the true impact light will have on your work.

This worn out photo stands out amongst the rest of those listed here because it’ll likely have a sentimental attachment for you — a memory of what it was like when you were first entering the world of photography and the possibilities were just starting to unfold. For that reason, this photo is beautiful. Just don’t show it to anybody… they know, they have their own.