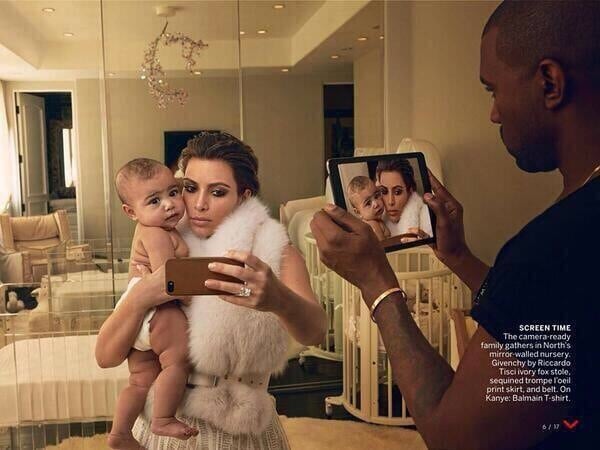 Let’s play a little game of “I Spy.” This time, it’s going to involve a suspicious-looking photo of the #worldsmosttalkedaboutcouple, Kanye West and Kim Kardashian.

As seen in the couple’s latest Vogue spread, the above photograph supposedly depicts Mr. West using his iPad to capture a photograph of Mrs. Kardashian and their beloved child. However, there seems to be a few things that don’t exactly line up. And by a few, I mean a dozen or so.

Photoshop fails are by no means a scarce resource when it comes to magazines, but a photo this obviously wrong just isn’t something you’d expect to see in a Vogue spread shot by the legendary Annie Leibovitz.

Rather than pointing out the flaws in the image though, we’ll take Gizmodo‘s lead and let you put your detective skills to the test. Point out what aspects of this Photoshop disaster are off and we’ll see how many we can rack up in the comments below.

We’ll start you off with an obvious one that has sparked a new “Kanye is a Vampire” meme: where is Kanye’s reflection?

We Animals: Powerful Photos Highlight the Plight of Animals in Captivity