Talented singer-songwriter Tom Fletcher recently teamed up with his wife Giovanna to create an awesome time-lapse music video, taking advantage of the fact that she just happen to be growing a small human being.

Taking one photo for every day of his wife’s pregnancy, Fletcher put the photos of his wife’s growing bump together with a video of him playing guitar to create a music video for a song he wrote called “Something New”. 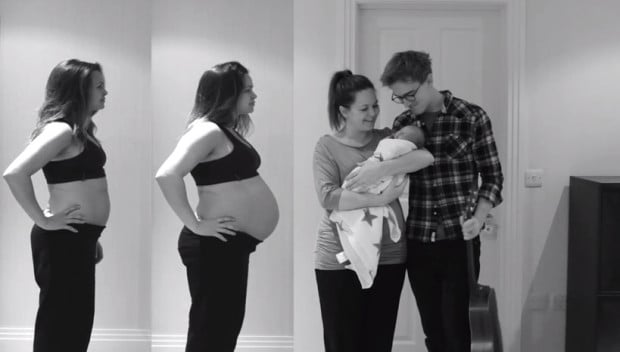 This isn’t the first time him and Mrs. Fletcher have teamed up in their musical endeavors, but this is definitely one of the more touching music videos they’ve put together. Titled “From Bump to Buzz”, the title refers to their since-born son’s name, Buzz Michelangelo Fletcher.

At three minutes long, it’s a quick watch and the song itself is incredibly catchy. Don’t be surprised if you catch yourself watching (or at least listening to) it a few times — I’m on the fourth play myself.

Radiant Light: Beautiful Light Paintings Try to Capture that Which Cannot Be Seen