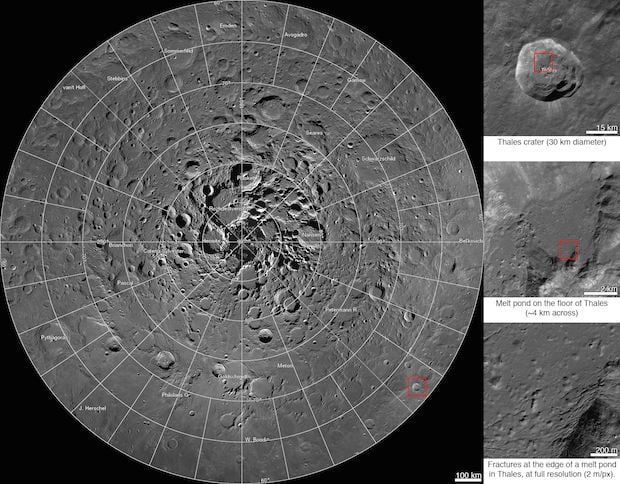 We’re not sure how high-res you usually like your lunar photos, but we’re darn near certain NASA has gone leaps and bounds beyond that with their latest mosaic. At 681 gigapixels, this mosaic image of the Lunar north pole is by far the highest-resolution image of this area that has ever been created.

It’s hard to put into perspective just how large this image is, and so NASA has kindly provided a few comparison images to help out. The first shows you how large of an area the mosaic covers: 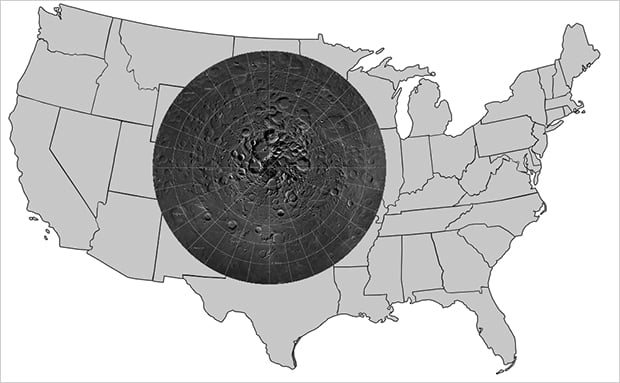 In all, the piece of moon that NASA photographed would cover more than a quarter of the United States. That in and of itself isn’t that impressive until you find out that they photographed this are at a resolution of 2-meters per pixel!

That’s enough resolution that if you printed this image — which, by the way, would weigh in at a crazy 3.3 terabytes if it was a single image file — at 300dpi, you would need a sheet of paper as wide as a football field and almost as long: 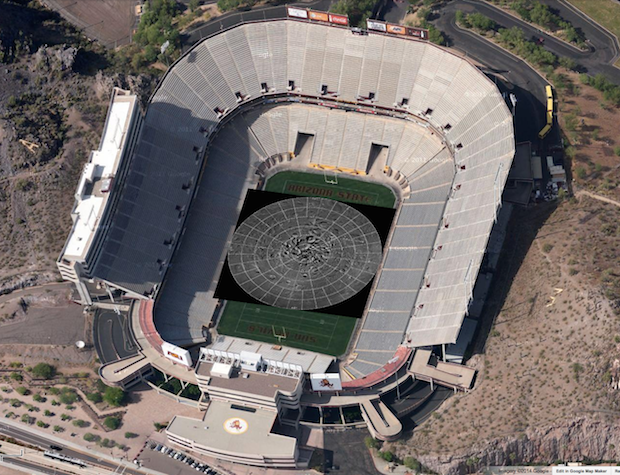 Of course, talking about it doesn’t do it justice, so we’ll let you go look at it instead. You can find the interactive super-high-res image by clicking here.

And if you want to find out more about it — how it was captured, what kind of processing went into it and how they managed to make it viewable online without destroying your computer — head over to the Lunar Reconnaissance Orbiter Camera website by clicking here.

DIY Tutorial: A Cheap Way to Motorize Your Slider and Add Motion to Your Time-Lapses