I hope you have some tissues nearby, because this short film by Nathanael Matanick, known better as “Heschle,” makes the term “tear-jerker” seem innocent. Having amassed well over a quarter of a million views on Vimeo and YouTube, ReMoved aims to bring awareness to the importance of foster care programs and the desperate need for quality foster parents.

I’ll go ahead and tell you now that the video is 13 minutes long — but it’s worth every single second. For those of you wearing make-up and needing to go back to work, proceed with caution.

Originally created for and submitted to the 168 Film Festival, ReMoved won Best Film and Audience Choice there, while also being honored as the Best Film at the Enfoque Film Festival and “officially selected” at the Santa Barbara Independent Film Festival. 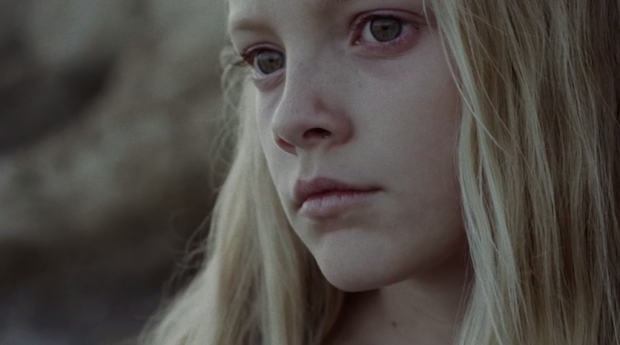 ReMoved follows an incredibly immersive story through the mind and eyes of a young girl taken from her abusive household and put into foster care, followed by her heartbreaking journey through multiple prospective foster parents. Describing the emotional film better than I myself could, Santa Barbara Independent had the following to say about the film:

It would be impossible to fully understand the life and emotions of a child going through the foster care system, but this short narrative film portrays that saga in a poetic light, with brushes of fear, anger, sadness and a tiny bit of hope.

Heschle makes sure to give credit where credit is due, thanking a few people for their support throughout the film — including his wife, who helped him write up the story and produce it; Tony Cruz, who was a vital component to this film coming together; Abby White, the young actress who does an absolutely incredible job in the film and with her narration; as well as Abby’s father, Andy White, who recorded Abby’s voice in his studio.

There’s no other way to conclude this other than telling you to just watch it. No amount of words can do this creation justice. It puts you as far into the shoes of a foster child as a piece of visual storytelling can, capturing every minute emotion, all within a fairly short 13 minutes.

Press play, go fullscreen and grab yourself some tissues.